Week 14 NY Jets Pick: Averages Lead to a Play on the Total 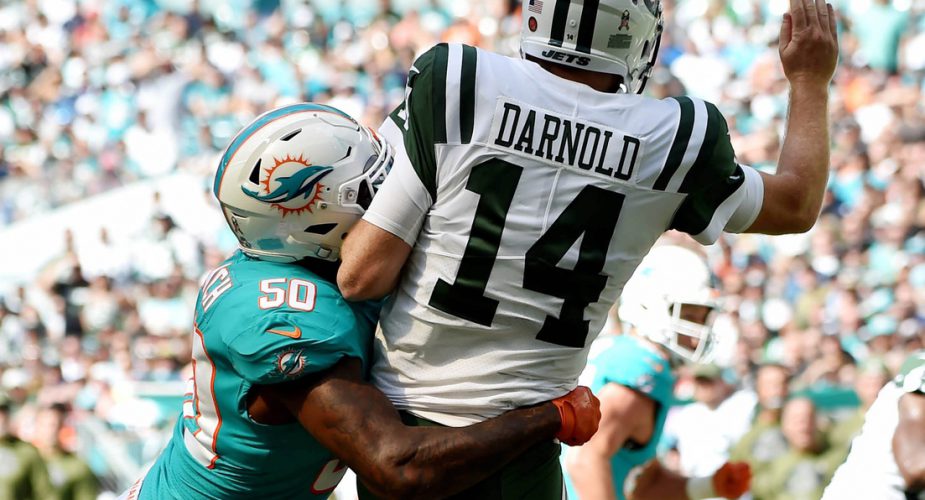 The Tennessee Titans did exactly what I said they would last week. They started slow. The Jets defense shut the Titans out in the first quarter and only allowed 6 in the second. The surprising thing was how strong Gang Green came out of the gates;10 points in the first and a total of 16 in the half. It was a great start for the Jets before they inevitably collapsed in the second half.

But, we saw that there is still potential for greatness. Now if they can just tap into that first half magic again without completely falling apart in the second, the Jets can get some revenge on the Buffalo Bills who opened up as 3.5 point favorites in New Era Field.

Today we are using odds from Bookmaker, one of the most trusted international online sportsbooks. See all they have to offer at this Bookmaker Review.

It’s going to be a chilly December up in Buffalo on game day. The temperature is expected to be right at the freezing point with a lot of moisture in the air. It isn’t predicted to rain, but 68% humidity when it is 32 degrees outside creates that wet, bone-numbing type of cold. That said, both of these teams are used to playing in the cold, so it shouldn’t be too much of an issue. A few dropped passes due to numb fingers should be about the extent of it.

This time around there won’t be any excuses about who the team prepared for during the week. Josh Allen is the guy (unless something changes). We should see the star rookies go head-to-head as Sam Darnold has now been upgraded to probable.

Josh Allen had a heck of a game against the Dolphins, despite the loss. He passed for 231 yards and a pair of touchdowns. Unfortunately for his team, he also dropped a pair of INTs into the hands of the defense. Allen showed his quicks by being the game’s leading rusher as well. He put up 135 on the ground to put is total yards up at the 366 yards mark.

This leads us to Darnold. Number 14 has missed three games due to a bum foot and in that time, the Jets have failed to win. McCown did do well in the first half last week but went 0-3 in the red zone in the second half. And as we learned … field goals don’t cut it in the NFL today —even when you get five of them in a game.

Sam Darnold is going to have some rust to knock off so we could see a slow start from the gang up in Buffalo. So I won’t be recommending that we take the Jets in the first half this Sunday. That said, the team desperately needs Sam Darnold back behind center.

One thing that both of these two teams do extremely well is flip-flop in their performances. Normally you have at least one side that you can count on to perform in a certain way. With the Jets and Bills, we have a situation where we don’t know which team we are going to get on either side.

The other thing that both of these teams do well is either score a lot or give up a lot. This made me start thinking more about the Total points, which is at the low, low price of 38 points. Now, this is just 19 points each … they can easily handle that … right?

I’m going to go out on a limb and say take OVER the Total of 38 (lower if you can wait it out). Root for the average performance numbers to do their thing in this one. My Thought is that this will be a game in the low 20s for each side. But even if one team sputters completely on offense, the other might be able to cover the number on their own.

By Justin Hilbert
Posted on December 5, 2018