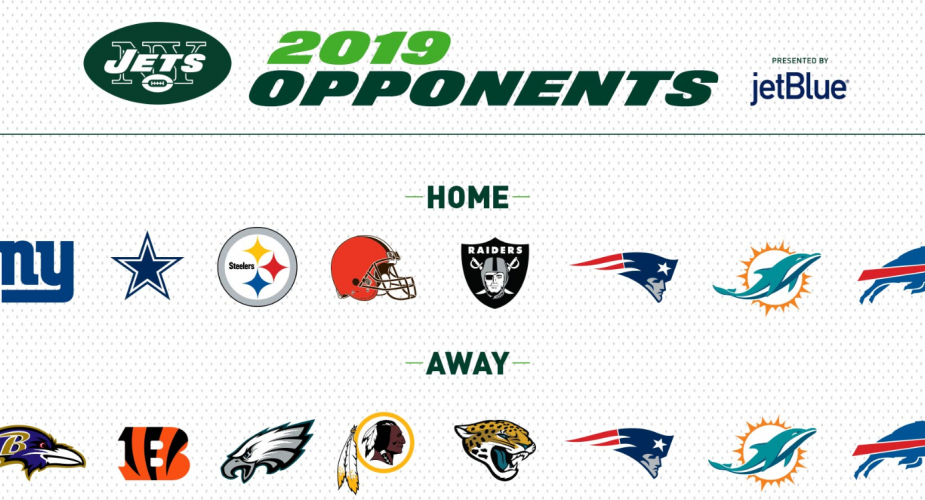 The NFL schedule is usually released before the draft in April. The future opponents are known ahead of time and with the season ending yesterday the last opponent was finalized. The Jets will play the NFC east and AFC North. They also play the team from the AFC south that finished in the same place as them (Jaguars).

From a travel perspective there are no west coast trips so that is a plus. There has been talk about the Jaguars having a home game in London so that could be a possibility for the Jets.

Be sure to stop by our forums and read more about the 2019 NY Jets opponents.