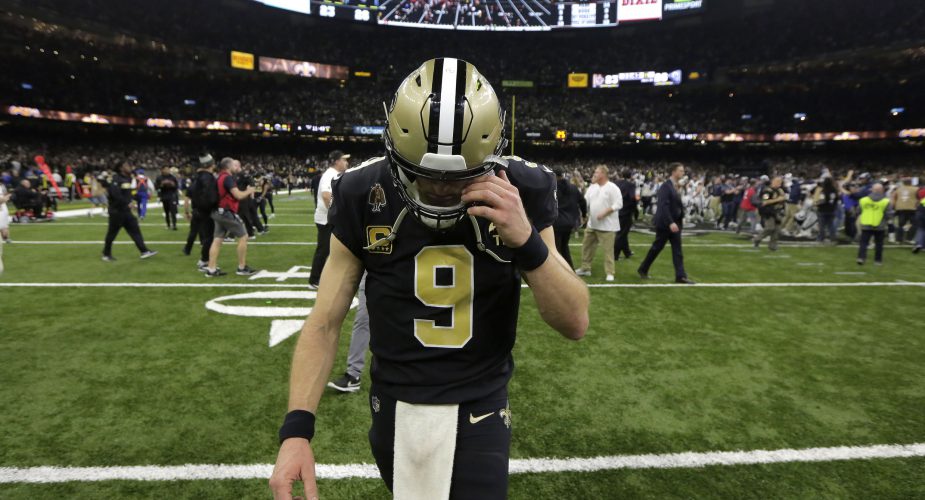 There is still one game left to be played this NFL Season. So it could be argued that the outcome of Super Bowl LIII would decide who is the best quarterback of 2018-19.

The Patriots have been listed as 1.5 point favorites on the NFL odds boards over the Rams, but Patrick Mahomes is the undisputed favorite in the NFL MVP race.

This season has shown many tight races. The battle for the AFC North was insane. And what about the duel between Baker Mayfield and Saquon Barkley for offensive rookie of the year? And with Lamar Jackson’s amazing second half of the season, he should be getting quite a few votes as well.

But when it comes to the Most Valuable Player award, out of the Top-5, two stand tall:

Both of our two main finalists made it to Conference Championship Games. And for Brees, it really is a shame. He should be playing in the Super Bowl. With no stock in wither the Saints or Rams, that missed Passing Interference right next to the endzone was one of the worst No-Calls in the history of the NFL.

Sure, we can chalk it up to an it-is-what-it-is type statement, but it needs to be mentioned here because had that call not been ignored, Drew Brees is likely playing against Tom Brady in the Super Bowl. And if Drew Brees leads the Saints to a Super Bowl LIII win, it could affect the overall voting. The MVP isn’t just about pure stats but also what you do for your team (value). And there is nothing more valuable than leading your team to victory in the biggest single game in North American professional sports.

With that said, let’s compare their stats.

A strong case can be made for Drew Brees. He has a better record, an insane completion percentage, and a significantly better touchdown to interception ratio. But that those two big Mahomes numbers beginning with ‘5’ could prove to be too much to overcome.

With the way the cookie crumbled, Brees not going to the Super Bowl, it is hard to justify pushing him past Patrick ‘Showtime’ Mahomes in the voting. In the 2018 season, the best QB in the NFL was Mahomes. The most amazing part is that this is a 23-year-old who had just one game of experience in 2017. That is award-worthy in and of itself.

Bonus Super Bowl LIII Pick: Take the Patriots to cover the -2.5 point spread while it is still under a field goal. They are No. 2 in the league at keeping their offense on the field and will wear down the Rams defense that is only No. 19 in points allowed.