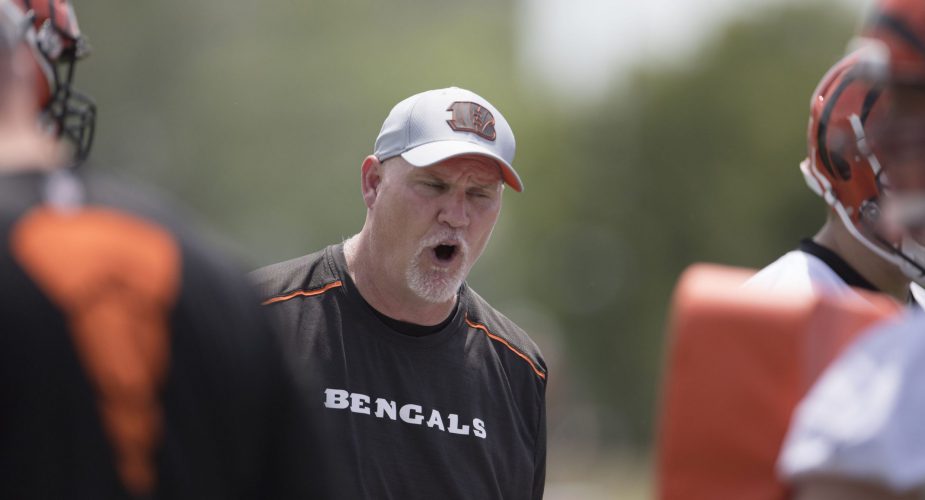 Adam Gase is still assembling his new staff to come to Florham Park, he’s hoping he made the right move with hiring of Frank Pollack. Formerly of the Cincinnati Bengals.  Pollack was their offensive line coach with the Bengals and is expected to have the same duties in New York. He is entering into his 13th season as an NFL coach, having previous experience with the Cowboys and Raiders.

In his first and only year with the Bengals, Pollack was tasked with mentoring a revamped offensive line, consisting of 18th overall pick Billy Price from the 2018 Draft, as well as veterans Clint Boling and Cordy Glenn. According to Football Outsiders, the Bengals offensive line as a unit ranked 22nd in run blocking, compared to the Jets who were dead last. They were slightly better in pass protection at 19th, while Gang Green finished one spot better at 18th. The Bengals, as well as the Jets, surrendered 37 sacks for the season, just below the league average of 40. Pro Football Focus had them ranked 27th as an overall unit in 2018. It is worth noting they were 17th in the league in scoring offense, a big jump from New York at 23rd.

Before working in Cincinnati, Frank Pollack was with the Dallas Cowboys from 2013-2017, also as their offensive line coach. Pollack achieved much success in Dallas, largely in part to the play of 3 Pro Bowl caliber linemen. In his last year with the Cowboys, they ranked 3rd in yards averaged per rush with 4.52. In 2016, Dallas was awarded Offensive Line of the Year, also sending tackle Tyron Smith, guard Zack Martin and center Travis Frederick to the Pro Bowl. Prior to his time in Dallas, he worked in Oakland as the offensive line coach, where the Raiders passing offense was ranked 8th in 2012.

With more and more mock drafts coming out, Jonah Williams is one of many names associated with the Jets at third overall. After having success at many other stops along the way, the pairing of Pollack with a young Williams may be just what the Green & White need to protect the future in Sam Darnold. As the coaching staff starts to fill out, the Jets next goal will be aggressively attacking the free agent market in March, hopefully adding a piece or two for Pollack to work with.