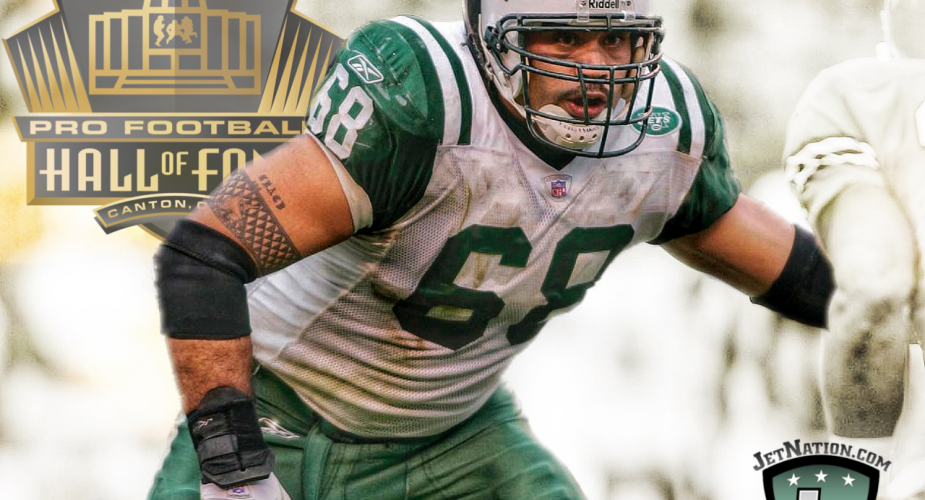 The Pro Football Hall of Fame class of 2019 has been announced and long time NY Jets center Kevin Mawae is in. This was year three of eligibility for Mawae who joins the man that he blocked for, Curtis Martin, in the hall. The press release from the NFL appears below.

During his years in New York, @KevinMawae helped pave the way for seven of Hall of Fame running back Curtis Martin’s ten 1,000-yards seasons. pic.twitter.com/Tfj4TOofLs

Kevin Mawae: "There’s no secret that with eight years in New York I’m a New York Jet. I bleed green and white."

CANTON, OHIO – “Selection Saturday” resulted in eight “Heroes of the Game” earning election to the Pro Football Hall of Fame. The Hall’s 48-person selection committee held its annual meeting today in Atlanta to elect the Class of 2019.

Today’s annual selection meeting capped a year-round selection process. The newly elected Hall of Famers were chosen from a list o​f 18 finalists who had been determined earlier by the Pro Football Hall of Fame’s Selection Committee. Representatives of the accounting firm Deloitte & Touche tabulated all votes during Saturday’s meeting.