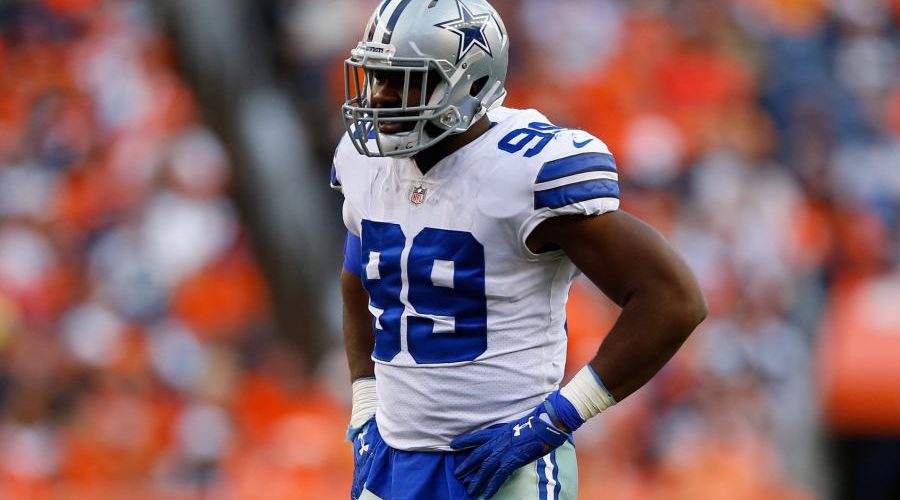 Last season, the Jets rolled the dice on a part-time player in former Lions linebacker Brandon Copeland.  Copeland had missed all of 2017 with a torn pectoral muscle and was rarely used by Detroit before the injury, but the move wound up paying dividends as he registered career highs in tackles (35), sacks (5), quarterback hits (14) and tackles for loss (8).

As teams have started handing out future/reserve contracts to players they’d like to get a look at during their offseason program, one player who jumps out as being an early candidate to have a Copeland-like impact for the Jets in 2019 is former Cowboys defensive lineman Charles Tapper.

A former Oklahoma Sooner, Tapper was drafted in the fourth round (101st overall) back in 2016  by Jerry Jones and company.  However, injuries sidetracked Tapper who has spent the majority of his first three pro seasons in the trainer’s room with a multitude of injuries and a pair of trips to injured reserve.  If Tapper can find a way to stay on the field on 2018, he’s an intriguing prospect.

Appearing in just two games in 2017, Tapper got off to a strong start, picking up a sack and a tackle for loss in a part-time role, but then the injury bug struck once again and he was done for the season.

Being drafted in the fourth round came as little surprise as Tapper was a very productive college player.  During his time at Oklahoma, he amassed 13.5 sacks and 24 tackles for loss over the course of his final three collegiate seasons.

Given the addition of the ultra aggressive Gregg Williams as their defensive coordinator, it wouldn’t come as much surprise if he found some ways to use Tapper as a guy who can line up inside or outside in his defensive fronts, allowing him to use his physical traits to be a regular contributor.

By Glenn Naughton
Posted on February 2, 2019