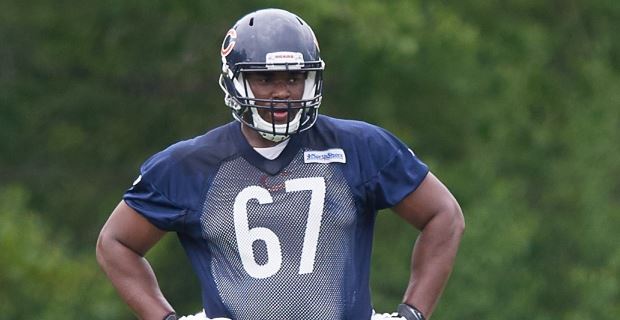 The Jets have announced the signing of former Chicago Bears guard Jordan Morgan who was selected in the fifth round of the 2017 draft by a Bears team whose coaching staff liked what they saw from Morgan when they had him at the Senior Bowl prior to the draft.

Morgan, who played left tackled during his time with Division II Kutztown, projected as a guard in the NFL but didn’t see the field during the regular season before being let go by the Bears in September.  He would then catch on with the Titans practice squad for a short time.

With very little depth along the offensive line, Morgan lands in a spot where he should see a real chance to stick as a reserve lineman.

By Glenn Naughton
Posted on February 8, 2019