Where Will Jets be Spending When Free Agency Starts? 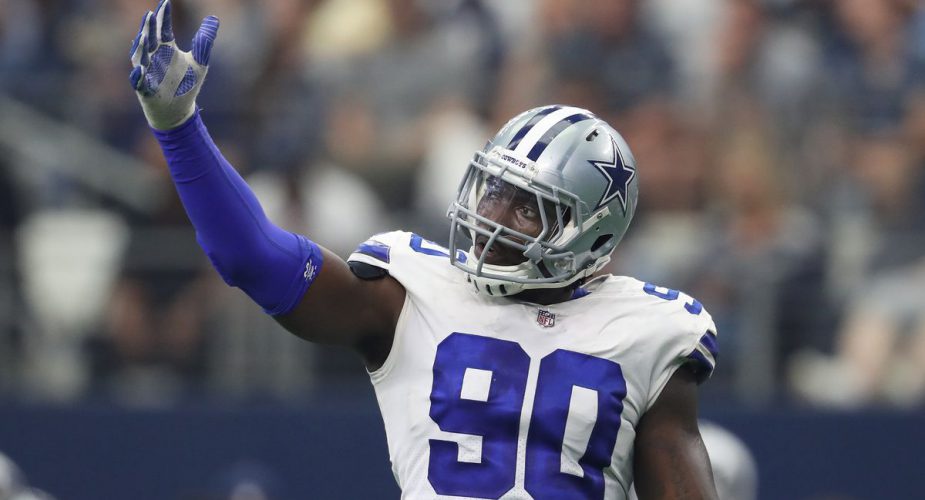 Heading into the 2019 campaign, the New York Jets under new head coach Adam Gase will have plenty of holes to fill. In order to stand up to the defending Super Bowl champion Patriots, the first order of business is to address the free agent market. Here, we will discuss some of Gang Green’s top needs and which names to watch this coming March.

The Jets have been in desperate need of a pass rush for much of the last decade. While there is plenty of talent at the position with expiring contracts, most of them are expected to be resigned by their current clubs. Demarcus Lawrence is the biggest name of the bunch, set to cash in with a huge contract in March. If Dallas decides not to use their franchise tag on the 27-year-old, the Jets should do whatever it takes to sign him. Last season, Lawrence has 10.5 sacks, 1 interception, 2 forced fumbles and 1 fumble recovery. He has 34 career sacks, an immediate upgrade for Gregg Williams’ defense.

Another name of note is Dante Fowler Jr. of the Los Angeles Rams. Fowler will only be 25 when the 2019 season kicks off, but he has already made a name for himself in the league. Traded by Jacksonville midway through last season for a 3rd and 5th round pick, Fowler flourished in Wade Phillips’ system with the Rams, tallying 4 sacks along with 2 forced fumbles and 2 fumble recoveries. His best play of the season was a pressure on Drew Brees in overtime during the NFC Championship Game, which resulted in an errant pass that was intercepted by teammate John Johnson III.

Anthony Barr is an interesting prospect for the Jets, as the 4-time Pro Bowler is set to become an unrestricted free agent. After being utilized improperly by Mike Zimmer in Minnesota, a new team may be just what Barr needs. Depending on the attention he receives, New York may be able to sign him to a bargain contract.

The Interior offensive line was one of the biggest issues for New York last year. From rotating starters to poorly snapped footballs, Gang Green trotted out a forgettable group week after week. Spencer Long was already let go while center Jonotthan Harrison will become a free agent. Brian Winters is their best interior lineman on the roster, so change will be coming up front.

Matt Paradis from Denver would be an instant upgrade at the center position. Paradis, who was placed on injured reserve halfway through the 2018 season with a fractured fibula, has started 57 games in his career. Jets coach Adam Gase was the offensive coordinator in Denver when the Broncos drafted Paradis in the 6th round. He was a member of the Super Bowl 50 team. Last season Denver placed a 2nd round tender on Paradis. Mitch Morse from Kansas City would provide great protection for Sam Darnold in New York, as the Chiefs were ranked 5th in pass protection last year according to Football Outsiders. Rams left guard Rodger Saffold would be an encouraging signing if he were to slip away from Los Angeles without a contract. He will be a high-priced commodity, possibly becoming the highest paid guard in history.

Another possible need  on the offensive side of the ball could be at left tackle. Currently, the Jets have veteran Kelvin Beachum in that slot, but he could potentially be cut, saving $8.5 million in cap space. While the market for tackles isn’t very deep, Trent Brown of the Patriots could be an option should hit the free agent market. Coming off a Super Bowl victory over the Los Angeles Rams, the massive Brown had a breakout year in the NFL. Standing 6’7”, Brown uses his size and strength to outleverage his opponents on a weekly basis.

The wide receiver position for the Jets has been underwhelming as of late. The Jets will have ample money to go out and acquire some additional talent, and Adam Humphries of the Buccaneers could fit the bill. The 26-year-old had 76 receptions for 816 yards and 5 scores in 2018. Mainly lining up in the slot.  Humphries is a great YAC receiver, with more than half of his yards (423) coming after the catch. He could play a similar role to Julian Edelman or Cole Beasley for the Jets.

Meanwhile, Devin Funchess of the Carolina Panthers may be one of the most overlooked free agents of this year. Struggling to adjust to Norv Turner’s offense, he had 44 catches for 549 yards and 4 touchdowns. However, the year before, with a healthier Cam Newton, Funchess had 63 receptions for 840 yards and 8 scores. Funchess possesses all the traits to become a true number one receiver, as he plays physically with a great instinct to go up and high point a pass. At 6’4”, he and Robby Anderson could make for a sneaky duo on the outside. Golden Tate of the Philadelphia Eagles is another possible option as a pass catcher. He was traded mid-season from Detroit to Philadelphia for a third round pick. Although he will be 31 when the season begins, Tate still has plenty of tread left on the tires. He had 74 receptions for 795 yards and 4 touchdowns last season, and helped the Eagles to the playoffs.

Finally, a look at the cornerback position. Under Todd Bowles, the Jets were not afraid to roster many defensive backs, so it will be interesting to see the defensive roster construction under Gase and Williams. The Jets have Trumaine Johnson under contract for 2019, but both Buster Skrine and Morris Claiborne will be free agents. If the Jets decide to cut ties with Claiborne, Rashaan Melvin is a good fit to replace him. At 29 years old, Melvin has been around the league, having his best success early on with Indianapolis. Last season, Melvin only had one interception, but he added nine passes defended as well. If the Jets decide to retain Claiborne, slot corner would be a position of need if the Jets aren’t comfortable with just Parry Nickerson on the roster.

Ultimately, the Jets need to be active in free agency next month, and they have plenty of cap space to change the look and dynamic of this roster. Fans may be calling for Mike Maccagnan’s head before the season starts if he fails to produce an impressive free agent crop. Last year was underwhelming for the amount of money he  had, so having a second chance, this time with their expected franchise quarterback in Sam Darnold, is something the team cannot afford to botch.