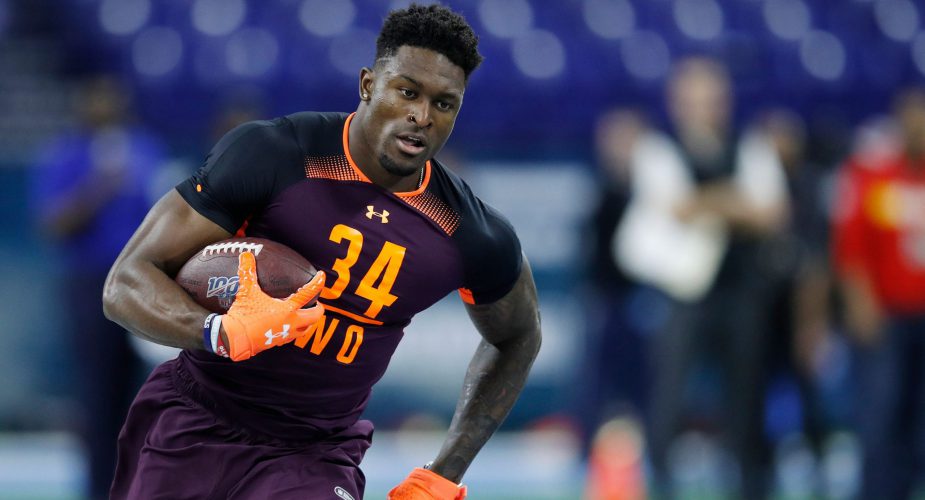 The NFL world was watching the scouting combine yesterday and jaws were left agape when the final numbers came in on Ole Miss wide receiver DK Metcalf, who put on one of the more memorable performances in combine history with his rare blend of size and speed.

Checking in at 6′ 3” 228 lbs with a body fat percentage that’s virtually impossible at 1.6%, Metcalf registered a 40.5” vertical with the cherry on top being an incredible 4.33 40 time.  The effort was so impressive that the Jets tipped their cap to Metcalf through the team’s official twitter account, as seen below.

Almost immediately after his performance, twitter was abuzz with Jets fans insisting Metcalf had to be the team’s choice with the third pick.  An odd proclamation given the fact that virtually nobody had made such claims until watching Metcalf run fast in a straight line.

There’s a good chance Metcalf has pushed himself in to the top five of the draft, but it’s a dangerous endeavour when a team starts taking players based on combine numbers in place of college production.

Having battled injuries during his time at Ole’ Miss, Metcalf played just 21 games in 3 seasons and was a regular for only his final two seasons.  Over those two seasons, Metcalf had 65 receptions for 1,215 yards and 12 touchdowns.  He did however show his big play ability in averaging 21.9 yards per catch in his final collegiate season.