Jets get Darnold Some Help; Seven Round Jets Mock Draft 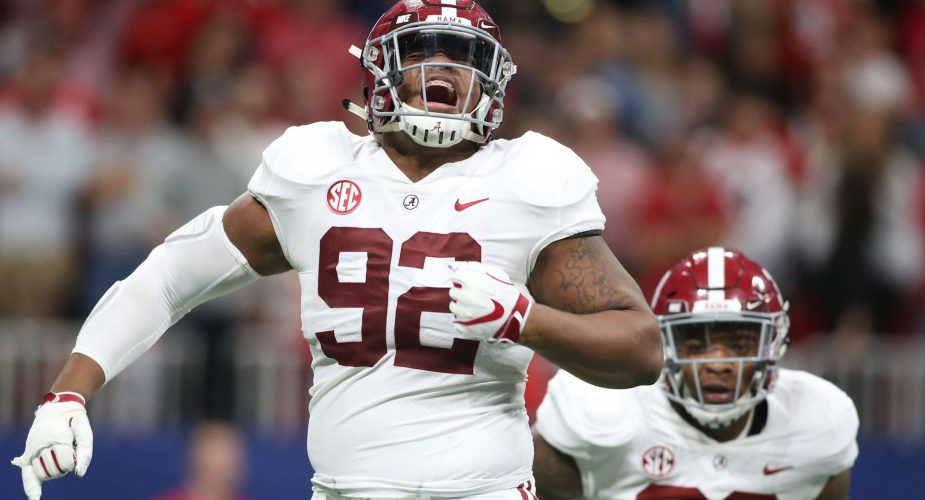 With the NFL combine in the books, mock drafts will start coming fast and furious from this point on.  In a draft that’s top-heavy on defense, the Jets will use a combination of best player available and building around Sam Darnold in their approach.  Here’s our first of two mock drafts this offseason.

We’re doing this mock under the assumption that the Jets add a starting running back, starting guard and starting center via free agency, while sticking with Kelvin Beachum as their starting left tackle for one more season.  This is why needs were addressed as follows.

If somebody wants to move up to the third spot, they’re going to have to give the Jets a boatload of picks.  Some fans won’t be happy with another defensive lineman in the first round and will bemoan the pick of Leonard Williams, but this Williams has a much higher ceiling than Leonard.  Matt Miller of Bleacher Report said he spoke to some team executives who drew comparisons between Williams and Aaron Donald of the Rams.  If Williams is half the player Donald is, he’s worth this pick.

Should the Jets take an offer to trade down, look for the team to target an edge rusher, offensive tackle or tight end.

The 6′ 2” Arcega-Whiteside gives Sam Darnold a young receiver with strong hands and a penchant for finding the end zone.  During his time at Stanford, he averaged 16.4 yards per reception and found the end zone 14 times in 2018.

The Jets have needs along the O-line and even if they address those needs in free agency, an eventual replacement/upgrade will be needed for Brian Winters.  The All-American is viewed as a mauler in the middle who will help fix the Jets run blocking which was among the worst in the NFL last season.  We’ve seen Deiter mocked anywhere from late round 2 to early round 4, so whether or not he’s on the board remains to be seen.

A speedster out of Ohio State, the 6′ 208 lb McLaurin had a strong showing during Senior Bowl week before following it up with an impressive combine performance.  McLaurin averaged 20 yards per catch at Ohio State to go along with 11 touchdowns and while many are calling him a mid-round pick, he could climb some draft boards in the coming weeks.

Even after a strong rookie season from Chris Herndon, the Jets could look to add a second multi-dimensional tight end to add some true versatility to their scheme.  a 6′ 5” target down the seam would be a good thing for Darnold as pairing Sternberger with Herndon could create plenty of mismatches.

A small school product, Cominsky checked in at the combine in Indy at 6′ 5” 286 and moved well for a big man.  This is the spot we had him in before the combine and we’ll keep him there for now, but after a great performance, he could be another player who moves up a bit higher than where we had him pre-combine.