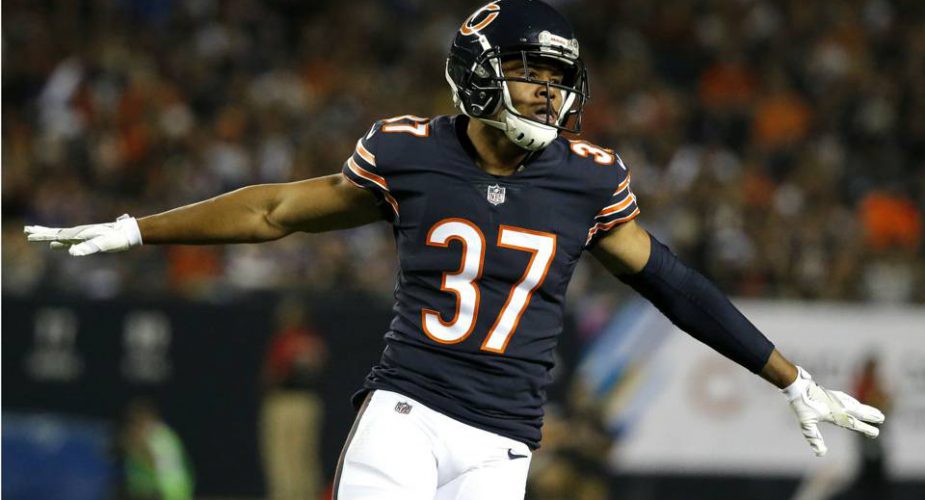 For all of the doomsday scenarios surrounding the “same old jets” and the talk of the franchise having “no talent” on their roster, the fact of the matter is that in today’s NFL, teams can turn things around in a hurry if they have the right quarterback.  So operating under the assumption that Sam Darnold continues on the upward trajectory he ended the 2018 season on, here are six moves that could position the Jets for their first playoff run in almost a decade.

This is the most obvious move that the Jets should be looking to make when free agency kicks off.  Bell is the best running back in free agency, but he might also be the best wide receiver when he splits out.  His addition changes the entire dynamic of the offense and gives Sam Darnold an elite weapon to work with.

There are some rumblings that Mike Maccagnan will pursue Tevin Coleman if Bell snubs Gang Green, but if they don’t sign Bell, Maccagnan has to be able to show Chris Johnson that he me the most aggressive offer.  If Bell prefers playing with a dynamic running quarterback such as Lamar Jackson or an established veteran along the lines of Andrew Luck, there’s nothing the Jets can do about that, but they can’t lose out on Bell over money.

The two biggest holes on the Jets roster were at left guard and center when the season came to a close. With yesterday’s trade for left guard Kelechi Osmele, one of those two gaps has been filled.  Paradis should be the top choice, but he or Morse makes the offensive line go from a liability to a strength on the inside.  While the Jets are at it, they should be making a few phone calls to recently released guard Josh Sitton to see if he can come in and push Brian Winters at right guard.

As expected, many of the top pass rushers who were due to hit free agency have been retained by their previous clubs, but there are still a couple of options on the table for the Jets.  The Chiefs released pass rusher Justin Houston who has 18.5 sacks over the past two seasons, so the Jets should be picking up the phone to bring him in.

Also a possibility is current Chiefs pass rusher Dee Ford.  Kansas City is reportedly willing to take a second-round pick for Ford, which the Jets do not have in this draft.  Should they be willing to offer their second-round pick next season?  If they aren’t, they should be.

Another consideration would be Za’Darius Smith of the Ravens who notched 8.5 sacks last season in a part-time role.

Quincy Enunwa and Robby Anderson form a potentially dynamic 1-2 punch on the outside.  However, a history of injuries for Enunwa and some off-field transgressions for Anderson who the team could also lose as a restricted free agent means the Jets still have to add some quality targets.  An ideal scenario would be to add a player such as Tyrell Williams of the Chargers while letting Enunwa move around and play a large percentage of his snaps in the slot.  If they’re looking to add a low risk/high reward slot receiver, they should take a look at Jordan Matthews.  Drafting a receiver outside of round 1 should also be a priority.

Jamal Adams did an excellent job in coverage while in the slot last season but it’s time to move on from Buster Skrine and free Adams up a bit.  Sure, Parry Nickerson might develop in to a nice slot cornerback one day, but that shouldn’t prevent the Jets from going out and getting a proven slot corner, meaning they should be targeting Chicago Bears cornerback Bryce Callahan.

Despite finishing the 2018 season with an embarrassing 4-12 record, the Jets held the lead in four different games with under five minutes remaining.  With a more accomplished defensive coordinator and an offensive minded head coach, these moves would be a huge help.  By bulking up the O-line, adding an elite running back and improving their ability to get to the quarterback, there’s no reason why late-game leads shouldn’t hold up more often than they have in recent years, meaning that going from four wins to eight or more with a playoff push shouldn’t be out of the question.