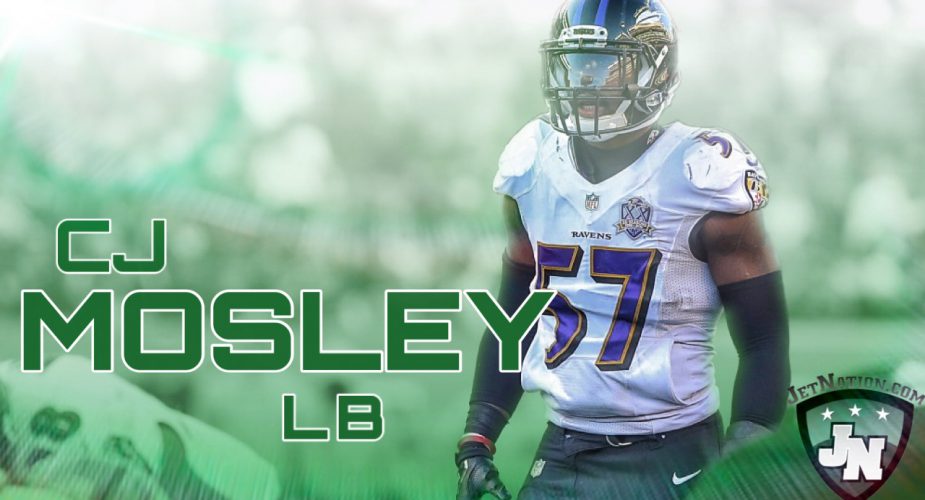 According to Ian Rapoport, the NY Jets are expected to sign free agent linebacker C.J. Mosley to five-year, $85M deal. The move has been confirmed by Adam Schefter.

Mosley has been with the Baltimore Ravens for the first 5 years of his career and he has been to four Pro Bowls.  Originally, many speculated that the Ravens would use a franchise tag to keep Mosley. He is a solid tackler who has surpassed 100 tackles every year of his career except 2016. The 6’2″, 250lb Mosley was a 1st round draft pick in 2014 and he played for Alabama in college.

Sources: Former #Ravens LB CJ Mosley is expected to sign with the #Jets on a massive 5-year, $85M deal worth $51M guaranteed. That’s $17M per year. It took a lot to leave Baltimore. 💰💰💰

You can check out our forums to read more about CJ Mosley to the Jets.