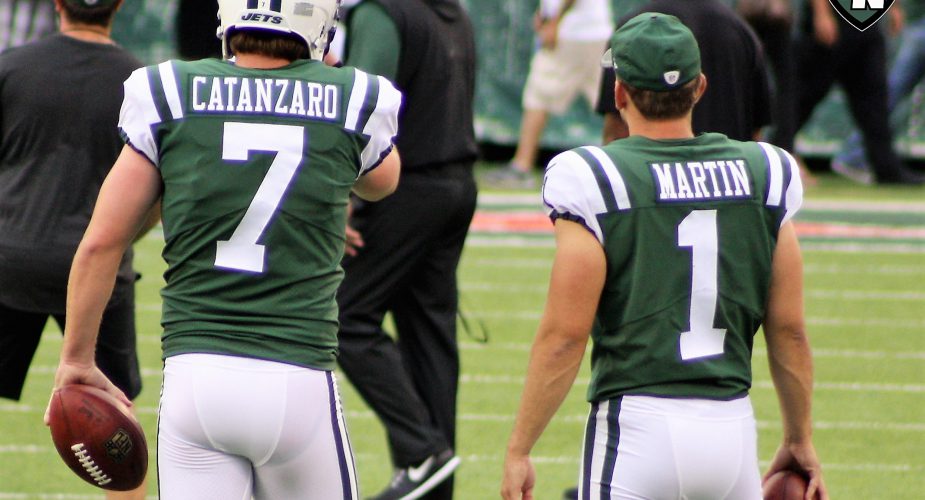 After allowing Jason Myers to depart via free agency, the Jets are turning to a familiar face to handle kicking duties this season in Chandler Catanzaro.

After a strong 2017, Catanzaro left for sunny Tampa Bay and Carolina, saying he wanted to kick in warm weather.  So much for that.

Here is an update from the NY Post on how Cantanzaro did last year.

Catanzaro spent the 2017 season with the Jets, making 25-of-30 field goal attempts and all 29 extra points he attempted. Catanzaro left as a free agent last year and went to the Buccaneers, where he struggled. He made just 11-of-15 field goal attempts and 23-of-27 extra points. He was released after nine games and finished the year with the Panthers, where he made all five field goals he attempted and missed one extra point in four games.

Myers had a Pro Bowl season for the Jets last year, but his asking price got too high for the Jets. The Seahawks gave him a four-year deal worth $15.45 million, with $7 million in guaranteed money.

Stop by our forums to read more about Mark Cantanzaro to the Jets.