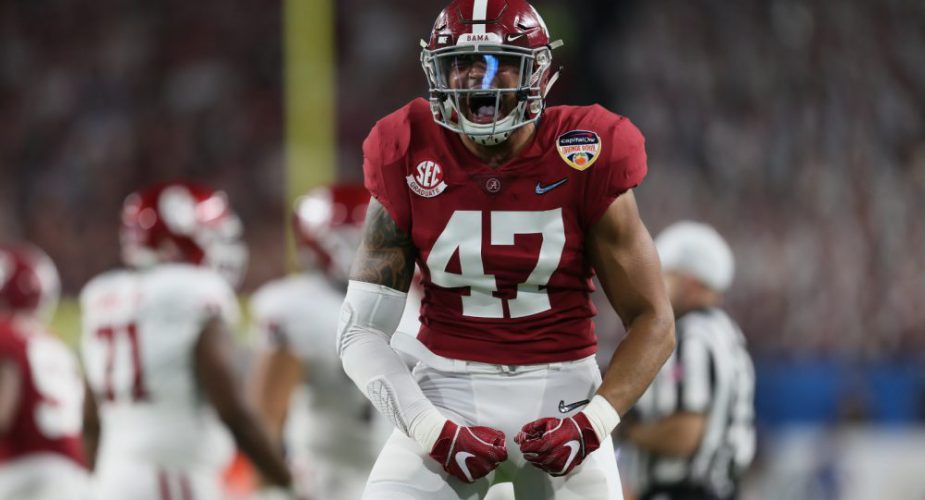 With that in mind, today we’re looking at Alabama’s Christian Miller, and edge rusher who, despite not starting regularly at Alabama, managed to put up some impressive numbers.

Watching Miller in action, one thing that jumps out  his use of a good first step and his ability to bend when coming around the edge.  He used that combination to his advantage, picking up 15 tackles for loss and 11 sacks in 28 games with Alabama, most of which was done as a backup.

Thin frame and lack of bulk could make him susceptible to getting eaten up by NFL tackles.  Scouts will wonder if Miller’s production was aided by playing on super talented defense with huge leads, allowing him to pin his ears back and rush the QB.  Also missed significant time in 2017 due to a torn biceps and was injured again last season with a bum hamstring.

If the Jets snag either Nick Bosa or Josh Allen with the third pick in the draft, none of this will matter, but Miller could be an option in the third round if edge is still a need for the Jets.  Miller looks better out of a 3-point stance than he does standing up, so he could be a solid rotational pass rusher for Gregg Williams early on with a chance to develop in to a starting linebacker.