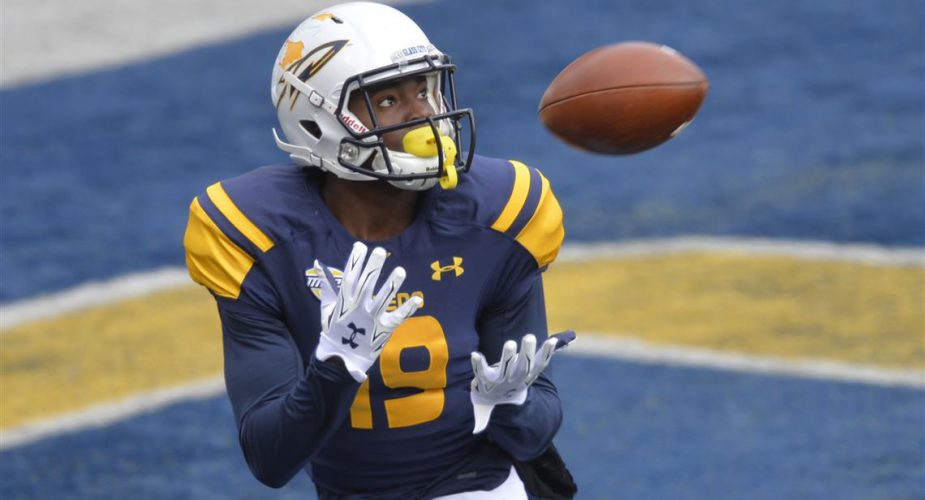 When the NFL draft gets under way in just under a month in Nashville, Tennessee, Jets fans will be well versed in all of the big names on the board when the Jets are on the clock.

However, as we know, teams look to hit on late-round prospects or undrafted free agents to get the most “bang for their buck” on the 53-man roster, so we’re going to take a look at a few sleeper prospects as the draft approaches.  First up is Toledo wide receiver Diontae Johnson.

Johnson had an extremely productive college career, pulling down 135 passes for 2,235 yards (16.6 YPC) to go along with 23 touchdowns through the air.  The receiver showed the ability to play on the outside or in the slot during his time in Toledo.  Lacks elite speed but can make defenders miss.  He had a penchant for making big plays as he had touchdowns as both a kick and punt returner.

@ToledoFB WR Diontae Johnson didn't just get it done against smaller schools. Against Miami in 2018, he hauled in 6 passes for 119 yards and 2 touchdowns. Could be a late-round steal as a WR/KR/PR. pic.twitter.com/p4shJ0kkVJ

Can get away from defenders at the snap but lacks the long speed to make them pay deep down the field.  Looks good in and out of his cuts but will need to improve at the next level.  May need to add some bulk as a pro without losing agility.

Adam Gase would surely be able to find a role for a receiver who can play inside and outside and takes care of the football once it pulls it in (zero fumbles in three collegiate seasons).  The type of player who can spend some time developing on special teams with an eventual role as a multi-purpose receiver.