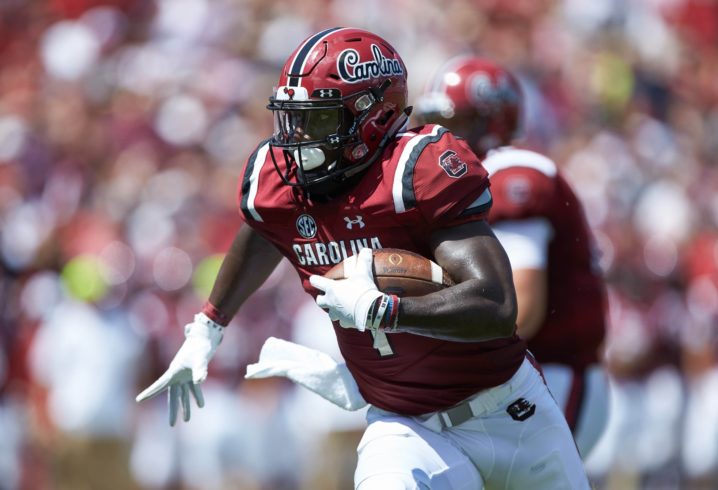 With the 2019 NFL Draft one month away, the focus has shifted from free agency to college prospects. Gang Green currently hold six draft picks, which may change if Gang Green were to move down and add picks. With the picks they currently have, they would be lucky to be in position to snag South Carolina standout wide receiver Deebo Samuel.

Samuel was a four-year starter for the Gamecocks, where he totalled 2,076 yards receiving as well as 16 touchdowns. He also added 7 rushing touchdowns and 5 special teams scores as a return man to an already impressive resume.

Injuries cut his season short as a freshman and as a junior, but he returned for his senior season and proved he can stay on the field, where he achieved First Team All-American and First Team All-SEC. Samuel chose not to participate in the Outback Bowl against Michigan, instead focusing on the draft process on his way to becoming an NFL receiver.

Samuel is one of, if not the best wide receiver after the catch in the year’s class. He has a relentless motor and sheds tackles like a running back in open space, making him great for sweeps or screen passes. Versatility is what makes him so good, as he is a proficient run blocker as well as a savvy return man on special teams. His release is quick and he is shifty enough to create separation between himself and the defender. At 5’11” 214, Samuel is a gritty competitor who isn’t afraid to put his head down and get dirty.

Samuel’s route running is a bit of a work in progress, and needs to refine his game to become one of the elite talents in the league. He may struggle when it comes to the 50/50 balls, but for his size he can still go up and get it. Samuel lacks the breakaway speed to convert a slant route to a long touchdown, but his short to intermediate yardage game is near the top of the class. Injuries seem to be the biggest red flag, as he was only able to play two out of a possible four seasons. If he can manage to stay healthy, the team that drafts him will receive a great return on investment.

Adam Gase and Brant Boyer are two coaches who would be thrilled if the Jets selected Samuel this coming April. The receiver could be used in a similar way to how Gase used Albert Wilson last year in Miami. He would also bring some life back to the special teams unit, who saw Pro Bowler Andre Roberts sign with the Buffalo Bills. He would add another weapon to Sam Darnold’s arsenal, adding to an already impressive room with Robby Anderson, Quincy Enunwa, and newcomer Jamison Crowder. If Samuel is available for the Jets at 68, they should take a long look at the All-American South Carolina native.