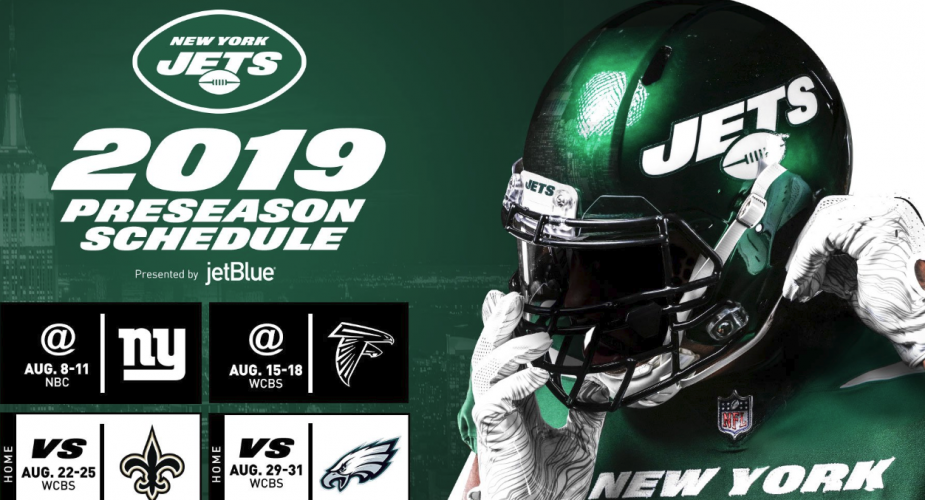 The NFL schedule won’t be released until later this month. While we wait for that the league has announced the order of the preseason games. Exact dates and times to be announced.

The 2019 preseason will kick off on Thursday, August 1 (NBC, 8:00 PM ET) in Canton, Ohio, when the Atlanta Falcons face the Denver Broncos in the NFL/Hall of Fame Game at Tom Benson Hall of Fame Stadium.

NFL Network will provide extensive coverage of the NFL preseason, including live or re-aired broadcasts of all 65 games.

For now we know the following:

Our first four have been decided. #TakeFlight

Here is a thread about the NY Jets preseason schedule in our forums.