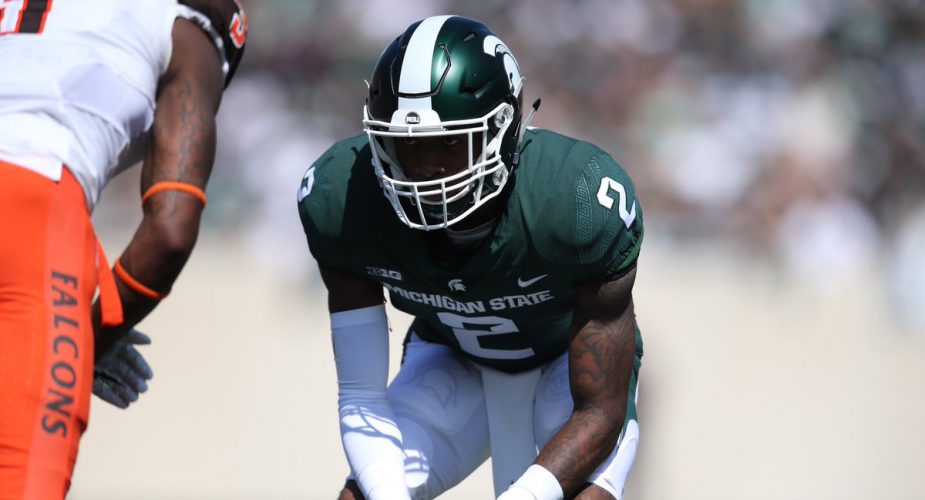 As the Jets approach the NFL Draft many questions have come up about the talent level at Corner back.  The only moves that Mike Maccagnan has done in the secondary is extending Daryl Roberts contract and signing free agent Brian Poole.  Roberts is penciled in at the #2 position and Poole has been rumored to be the replacement at Nickel Corner for former Buster Skrine.  Justin Layne may be considered a project but looks like a perfect fit to compete for a starting position and could find himself on the depth chart behind #1 CB Trumaine Johnson.

Tall Lanky CB with a hard-hitting tackle style. Excels in man press situations, benefits from 33″ long arms.  Layne is a versatile defensive back who can play in various schemes such as, cover 3, zone and Man to Man.  Layne came into Michigan State as a Wide Receiver but moved to the other side of the ball and started 2-1/2 years at cornerback.  During his time at CB Layne racked up 130 tackles, 3 interceptions, 24 pass deflections, 1 Forced Fumble and 1 defensive touchdown.

PFF is know for some obscure stats but has given a very high grade of 87.1 Overall.  His size, length and speed should transition well at the NFL level.

Weakness: Lacks instinctual awareness in certain zone schemes, this can be fixed with film study and coaching.  Struggles to get off of blocks in run game.