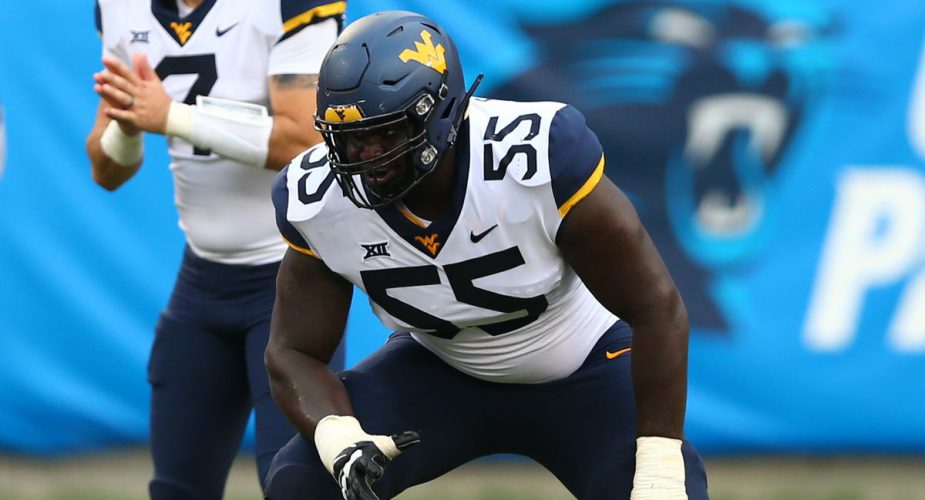 With the NFL draft just a few days away, we’ll continue to preview prospects who have a chance to fill a need for the Jets in 2019 and beyond.  The Jets have addressed several needs this offseason and will continue to do so in Tennessee later this week, but not every need to be addressed has to be an immediate one.

Jets left tackle Kelvin Beachum has one more year left on his deal and is an average pass blocking tackle who the Jets could live with for one more season.  Beyond 2019, they’ll need a replacement, and that’s why we’re looking at West Virginia’s Yodny Cajuste.

Shows good initial punch at the snap and has plenty of length to play left tackle as a pro.  Uses his 34” arms to keep pass rushers at bay and has a bit of a mean streak and will play through the whistle, always looking for a target.  Feet are good enough to develop in to a starting left tackle.

Injuries are a concern for Cajuste, but somebody is going to take a gamble on a potential starting left tackle.   After missing half of his first season due to injuries, Cajuste played in just one game in 2016 due to a torn ACL.  He looked to shake the injury bug after that, playing in 23 games over his final two seasons, but then suffered a torn quad while preparing for the NFL draft.  The Jets had Cajuste in for a visit prior to the raft, and if he falls as far as some experts project, he could be a player worth taking a shot at.

While NFL.com is the outlier with Cajuste going in round 5, other outlets seem to feel he’ll be there when the Jets are on the clock with the 68th pick and not far gone when they choose again at 93.