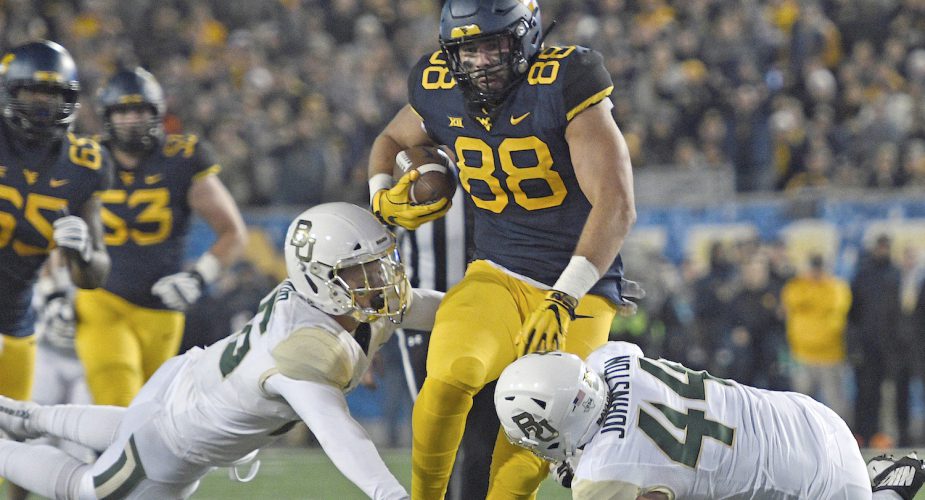 With the 19th pick in the fourth round of the NFL draft, the Jets took tight end/H-back/fullback Trevon Wesco, whose addition is likely the end of Eric Tomlinson’s time with the Jets.

A player who didn’t see many targets in college, the 6′ 3” 267 lb Wesco is surprisingly nimble with the ball in his hands and is a load to bring down.  After a down season in 2018, Tomlinson was re-signed for what would likely be an audition in 2019 and Wesco becomes his primary competition.