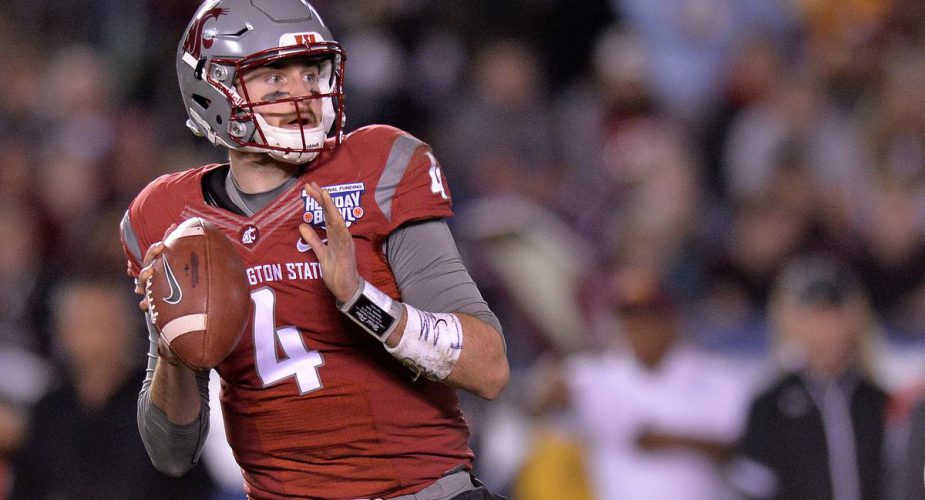 If the Jets don’t have  a quality backup quarterback when training camp opens up in a few months, it certainly won’t be for lack of trying.  Gang Green has added another arm to the depth chart in signing former Tennessee Titans and Miami Dolphins signal caller Luke Falk.

The Jets claimed QB Luke Falk off of waivers from Miami, per source. He stays in the division.

The 6′ 4” 215 lb Falk was a sixth-round draft pick (199th overall) of the Titans just last season out of Washington State where he completed over 68% of his passes while tossing 119 touchdowns to just 39 interceptions in four seasons.

After being let go by the Titans, Falk was claimed by Adam Gase and the Miami Dolphins before going on injured reserve, meaning he didn’t take any snaps as a rookie.  Even still, Gase is clearly in favor of adding an arm to the quarterback room who is familiar with the offense he’ll be running.