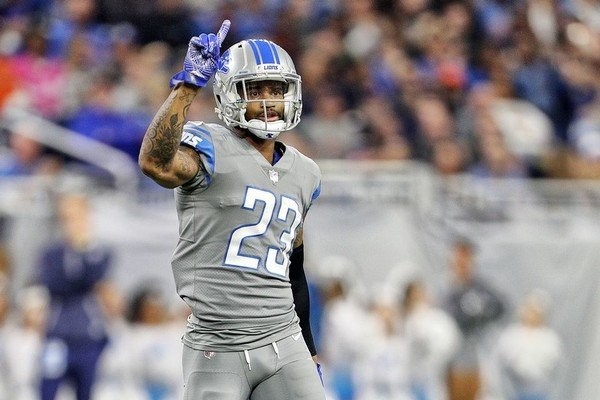 Now that the Jets have their general manager in place in Joe Douglas, Jets fans will wait and see just how serious the team is about winning sooner rather than later.  Douglas inherits a roster with very few holes to fill.  His team is set at quarterback, running back, wide receiver, tight end, defensive line, inside linebacker, safety and there’s reason to believe things should be just fine at outside linebacker if Jachai Polite plays to his first round potential and Jordan Jenkins mirrors his 2018 production.

This leaves cornerback and the offensive line, specifically center, as the team’s most pressing needs.  As it happens, there are some players who could be available on the market if Douglas is looking to make before the season starts.  Let’s take a look at players Douglas could target to fill the biggest holes on his roster.

CB Darius Slay: Slay is holding out of Lions mini camp because he wants a new deal.  The 28-year-old speedster would be an instant upgrade, but if he’s looking for a new contract after signing a deal two seasons ago that makes him one of the top paid corners this season, how much might he be seeking in a new deal?

CB Trae Waynes: The Vikings are due to be over the league’s cap limit in 2020 and they’ll have some big-ticket players to look to retain.  Moving a player such as Waynes would make life easier on the Vikings front office and there have been rumblings of a possible deal at some point.

CB Chris Harris Jr.: Harris is another corner who was reportedly being shopped not long ago but he’s 29-years-old and will likely be looking for a long-term deal.  Should the Jets get tied up in another high-priced corner who is likely to start heading downhill in the next season or two?  It would be a gamble, but if Harris played at a high level for three or four seasons, which isn’t impossible, a deal would obviously be worth it for the right price.

C Corey Linsley: Lisley is a high-end young center on a Packers team that just drafted center Elgton Jenkins out of Mississippi State in the round 2 with the 44th overall pick.  If Green Bay thinks that highly of Jenkins, will they be willing to part with Linsley?

LT Trent Williams: Williams is a stud at left tackle and is reportedly seeking a trade as he is at odds with the Redskins and their medical staff.  At 30 years old, it’s not unreasonable to think Williams could give the Jets four or five years of top shelf play.  If the Redskins ship Williams off, they’ll need a left tackle of their own so the Jets could look to include Kelvin Beachum in any such deal.

CB Rasul Douglas: Joe Douglas was part of an Eagles front office that chose Rasul Douglas in the third round of the 2017 draft and has played well as a spot starter.  If he continues to show improvement, the price tag for a young corner such as Douglas could be higher than the Jets would like, but there’s no reason why the new Jets GM shouldn’t call his buddy Howie Roseman to get an idea as to what the price tag might be.

The Joe Douglas has arrived, and in the coming weeks and months we’ll see which players will follow.