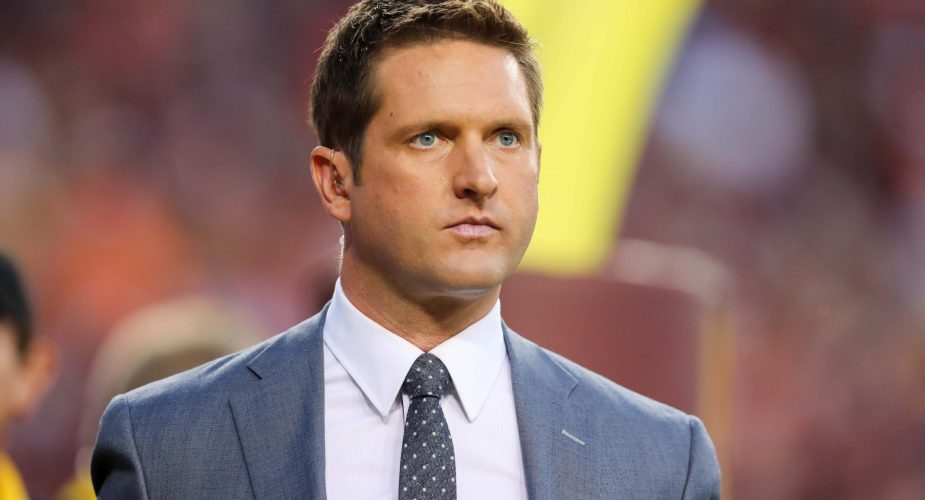 This isn’t confirmed but Dave Portnoy (Barstool Sports) has tweeted that ESPN draft analyst Todd McShay is set to join the Jets staff. Reportedly as VP of player personnel. McShay has a history with newly hired GM Joe Douglas as they are former college roommates and teammates at the University of Richmond.

Some background info on Todd McShay:

McShay had worked as an undergraduate team equipment manager at the University of Richmond before landing an internship with former NFL scout Gary Horton in 1998. Following graduation, McShay worked full-time for “The War Room”, (1999–2006) a start-up publication created by Horton eventually bought by ESPN and renamed “Scouts Inc.“

He joined ESPN in 2006 as a football analyst, providing in-depth scouting information on college football players across the country. He makes regular appearances on a number of ESPN programs, including ESPNU Coaches Spotlight, SportsCenter, and ESPN Radio focusing on the NFL Draft. He is often featured alongside ESPN college football analyst Mel Kiper, Jr.

McShay is well known for his mock drafts and here is something interesting. In McShay’s mock from April 3rd, he had the Jets selecting Josh Allen. Quinnen Williams was still on the board in this mock draft. 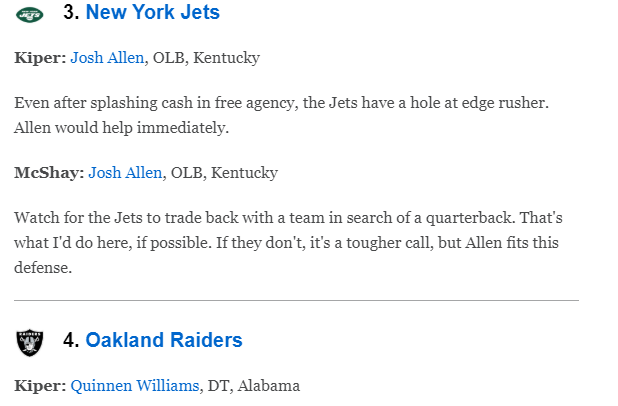 Be sure to check out our forums to read more about the Todd McShay to the Jets rumor.