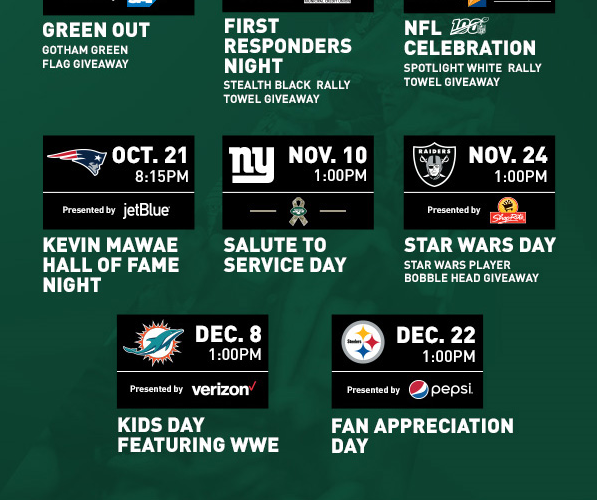 The NY Jets have announced the “game themes” for the upcoming season. Based on the descriptions below it seems like the Jets will wear the gotham green uniform week one, black uniforms week two and the spotlight white vs the Cowboys. 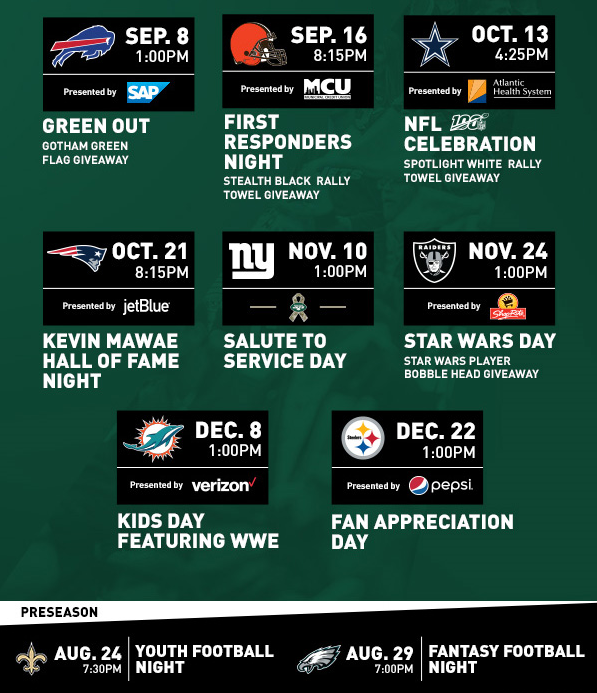