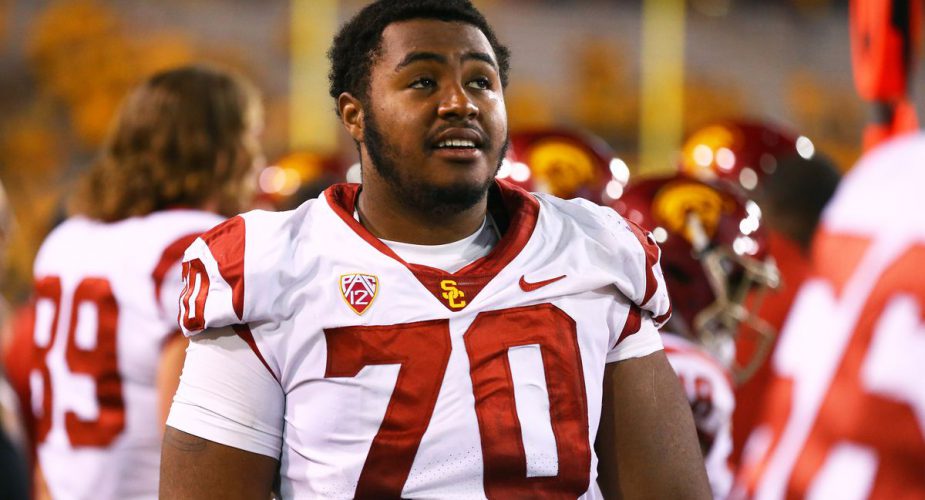 The NY Jets have signed tackle Chuma Edoga, their third-round draft pick (92nd overall) out of the University of Southern California.

Edoga, who missed the start of the Jets’ rookie orientation under head coach Adam Gase in May because he was receiving his degree from USC, becomes the 17th Trojan to be drafted by the Jets, the fourth offensive lineman and the third tackle, arriving after Marvin Powell was taken fourth overall in 1977 and Dave Cadigan went eighth overall in 1988.

Edoga is the fifth player of the Green & White’s six-man draft class to sign.

Edoga who is 6’3″ and 308lbs played at USC and blocked for Sam Darnold in college.

“I blocked for Sammy D in college,” Edoga said, “and to block for him in the NFL, it’s a blessing, a dream come true.”

“I’m just really excited for him, just as a friend, for him to be able to get drafted where he was drafted and for us to take a chance on him, I think it’s going to pay off for this organization in the future,” Darnold said. “I see him really excelling in the NFL.”

You can read more about Chuma Edoga in our forums.