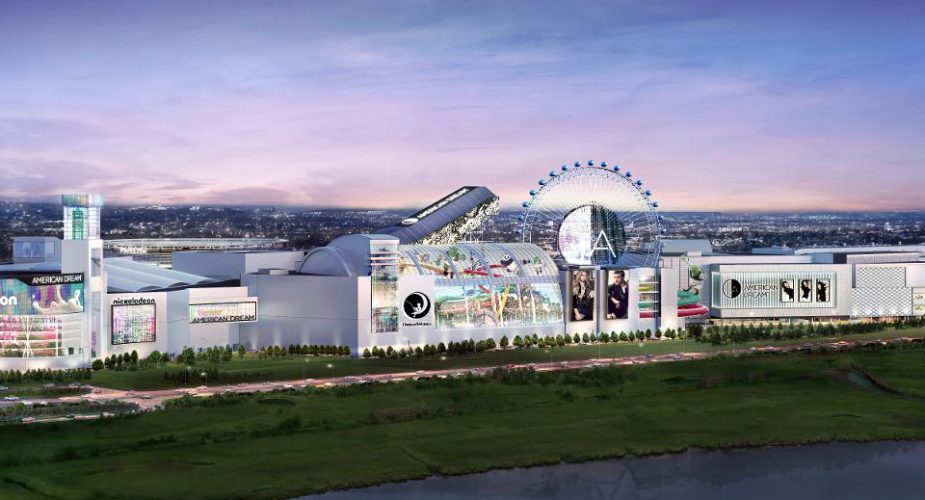 The long awaited American Dream mega mall has an opening date. Last week it was announced that the mall will open on October 25, 2019. NJ.com has more details and the non retail parts of the mall will be open on Sunday, presumably including game day. The Jets are on the road on 10/27 and 11/3 but the Jets and Giants play at Metlife Stadium on Sunday 11/10.

The American Dream mega-mall will open October 25, according to an announcement from developer Triple Five.

The entertainment and shopping complex — located at the Route 3-New Jersey Turnpike interchange in East Rutherford — will open its doors on a Friday in the fall after many delays.

It will consist of 45 percent retail and 55 percent entertainment. An 8-acre Nickelodeon Universe indoor theme park will contain two record-breaking roller coasters. There will be an 8-acre DreamWorks Waterpark, the first of its kind. The Big SNOW Ski and Snowboard Park will be North America’s first indoor snow sports center. And American Dream will have an NHL‐sized skating and hockey rink, an Angry Birds-themed 18‐hole miniature golf course, a Legoland Discovery Center, an aquarium, a luxury movie theater and more.

Among the retailers that have signed on are Barneys, Tiffany & Co., H&M, Saks Fifth Avenue, Zara and Dolce & Gabbana.

Bergen County’s Blue Laws will keep stores at American Dream closed on Sundays but the entertainment and dining portions will be open 7-days a week.

Dining at American Dream will include over 100 dining and specialty food options including more than 20 full‐service restaurants, a 38,000-square-foot food hall; a Kosher food court; and a 22,000 square foot arcade-style gastropub.