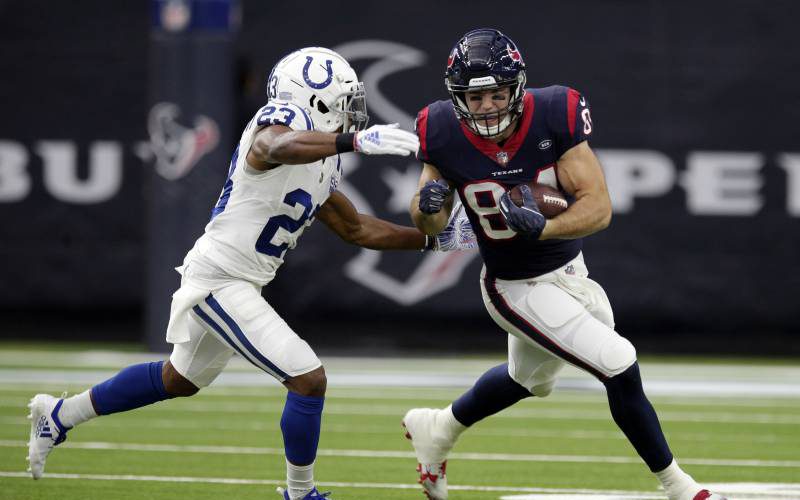 In looking to add a viable tight end to their roster following Chris Herndon’s four-game suspension, the Jets have signed a talented player who comes with some question marks in Ryan Griffin.

Released by the Texans following an incident in which an intoxicated Griffin was found by Nashville police to be wobbly on his feet with a bleeding hand after smashing a hotel window, Griffin was still waiting for his phone to ring and it finally did.

By adding Griffin, who also had a sports hernia surgery this off-season, the Jets  are bringing in a big bodied tight end who can block and catch when given the opportunity.  Over the past three seasons, the 6′ 6” 255lb Griffin has played in 37 games, catching 87 passes for 905 yards despite missing nine games in 2017.