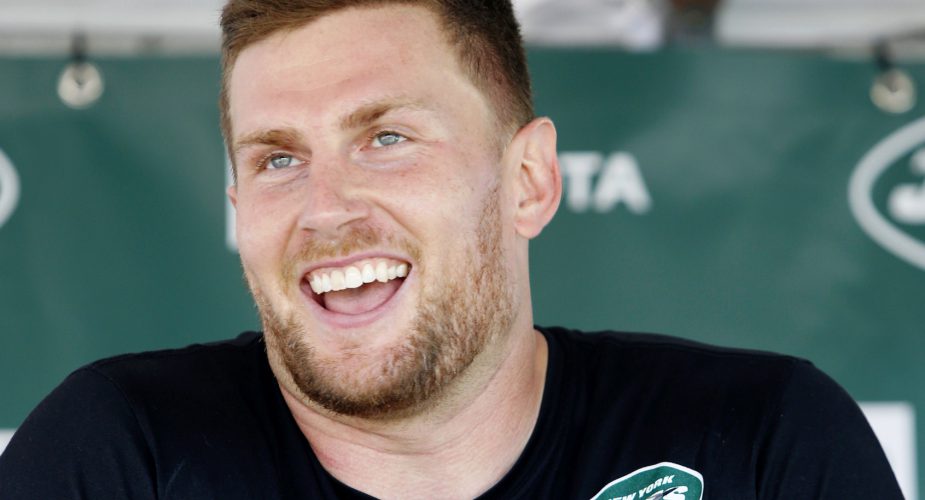 – Players in shorts & shells for the final day before the pads come on.

– Brian Winters and Brian Poole were back and participated fully.  Quinnen Williams appeared but only observed practice since it was his first day.

– The players auditioning for the return spot were Jamison Crowder, Elijah McGuire, Greg Dortch, JJ Jones and Tim White. They are returning against a skeleton coverage unit so you can’t judge who is effective yet.

– The defense had a much better day against the run but to me the offense won the day.

– Very strange to see a Jet HC actually control and correct the offensive side of the ball.  Adam Gase started to get very creative with personnel groupings and formations.  Unfortunately the team doesn’t want that being leaked, but be on the look out when the games start.

– There’s a definite increase in the 11 on 11 scrimmage periods.

– Mid-practice conditioning seems to be a normal thing.  Today the offense ran “gassers” and the defense did “up/downs” and “suicides”. After that they continued practice, a good indication to see who can execute when tired.

– Brian Poole had an excellent day.  He had a PBU against Jamison Crowder and tight coverage even when he made a catch.  Also he showed a talent for ripping the ball out.  He caused two today, once he pulled the ball away from LeVeon Bell on a screen pass.  And then he stripped Quincy Enunwa after he made a catch.

– Ty Montgomery is going to have a bigger role in this offense than many expected.  Today he was sharp in the passing game catching multiple balls from Sam Darnold one was a 30+ yard TD.  He also was excellent in protection as he picked up a blitzing Jamal Adams to allow Darnold to
throw another long TD.

– Bronson Kaufusi had a pass knockdown and a TFL in his reps.  He’s been getting reps with the #1’s, can he create a role for himself?

– Strong day for the ILB’s CJ Mosley, Avery Williamson and Blake Cashman. They were much stronger against the run than day one.  And Cashman showed good range/speed as he was able to get from the hashes to the sideline on screen passes.

– Sam Darnold had an excellent day and was on fire during the 11 on 11 periods.  He spread the ball around to all his receivers and had great anticipation.  A couple of times it looked like Darnold was throwing directly to a defender but he was actually throwing to a spot where the receiver was going to be for the completion.  There were so many “sexy” plays but three stand out:

1. A 40+ yard TD to Robby Anderson where Montgomery had the blitz pickup that I mentioned earlier.

2. A 40+ yard “thread the needle” sideline throw to Quincy Enunwa who went over Darryl Roberts for the catch.

3. On the very next play he completed another 40+ yarder to Enunwa who made a one handed catch over Roberts.

– Credit to Trevor Siemian and Davis Webb as they bounced back and were more accurate.  The offense actually moved when they had their reps.

Concerns / Decide For Yourself

– Not a ton of pressure by the defense.  But is that a credit to the OLine (who has been very solid so far) or an indication that they’ll struggle again getting sacks.