Gase on the Offensive Line 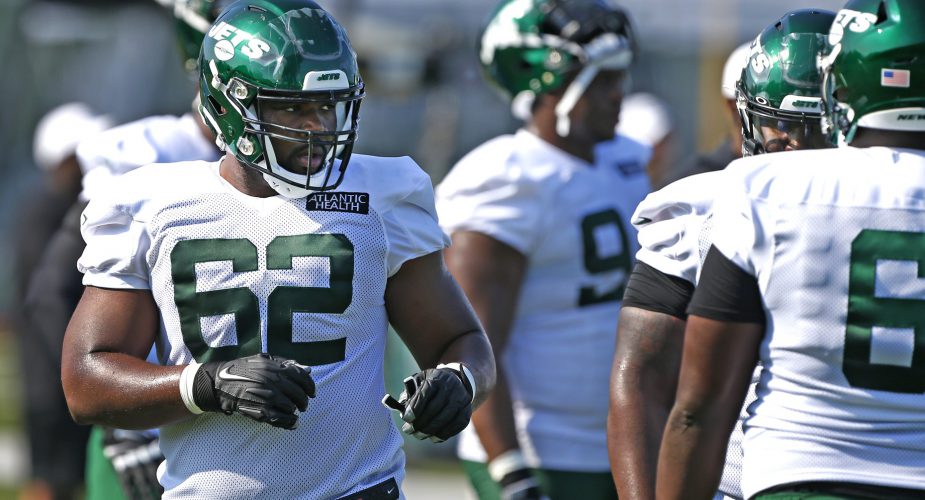 The Jets are a few days into training camp and Adam Gase was asked his opinion on the state of the offensive line.

On his assessment of the offensive line at this point…

They’ve done a good job. I know that those inside guys get their hands full. Those guys are tough, they start pushing the pocket and Sam does a good job of moving, tackles have done a good job. I think what I’ve liked so far is Sam has a good feel of getting that ball out, he doesn’t stand back there and hold onto it when he doesn’t need to. He’s doing a good job at throwing the ball away which those guys, we talk about it as it’s not just the O-line, it’s the whole group when it comes to any kind of negative plays in the passing game. Everybody is doing a good job of making sure we’re not just making the O-line sit there and just hold and block their guys forever.

On how he assesses run blocking in training camp…

When we get full pads on it’s more realistic. It’s like a game. You can see it, the only thing that we’re not doing is tackling guys to the ground, but the O-line and D-line those guys, it’s physical. They can get on their double teams, the lanes are real. The finishes a lot of the time, they’re smart as far as staying off the ground. That’s what we want because we don’t want to hurt our own guys but, it’s physical.

Gase on Jonotthan Harrison & Darnold: Yeah, those two guys have a good relationship. They've done a really good job of taking control of the offense and really kind of putting their spin on it. The communication is outstanding between those two.