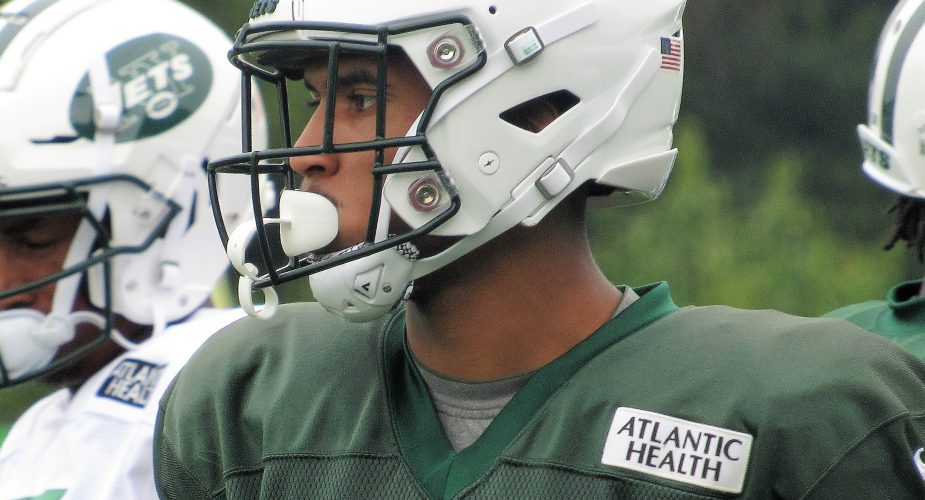 The Jets made a pair of roster moves today by waiving undrafted free agent offensive lineman Tyler Jones and signing tight end Nick Truesdell.  A 6′ 7” target who has spent time on several clubs for a cup of coffee, Truesdell is an intriguing prospect who has run the 40 in the 4.5’s and previously spent time with the Vikings and Colts.

The team also added safety Godwin Igwebuike off waivers from the Philadelphia Eagles and parted ways with former sixth-round draft choice Jeremy Clark.  Clark was drafted three years ago by GM Mike Maccagnan but was plagued by injuries and never did enough to find  his way on the field when healthy.

#Jets with more roster moves: They claimed S Godwin Igwebuike off waivers from the #Eagles and waived CB Jeremy Clark, the team’s 6th-round pick in 2017.

Truesdell’s age (27) and Igwebuike’s inability to stick on a roster (4 teams in 2 years) make them long-shots, but this is what a 90-man roster is for.  An up-close look at lesser-known players with upside.