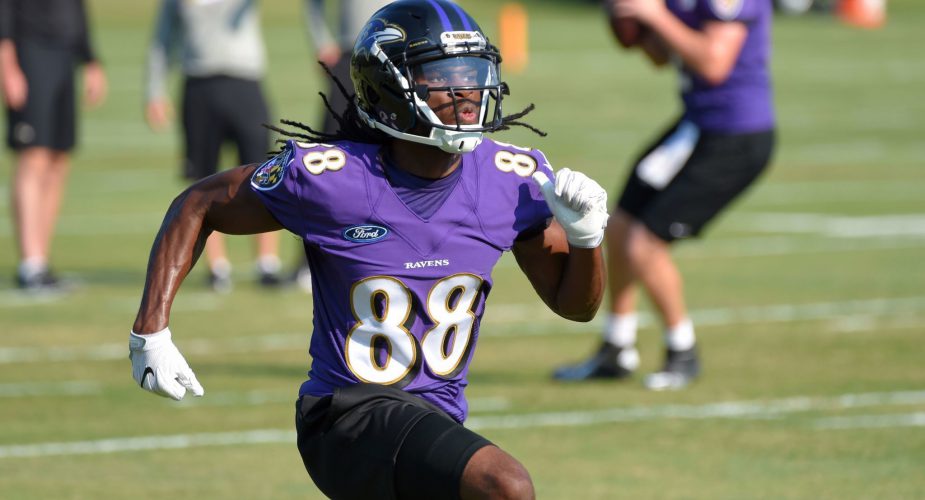 Perhaps looking to add some size to an already dangerous group of receivers, Jets GM Joe Douglas has reached out and inked a familiar face from his time with the Ravens in 6′ 3” Quincy Adeboyejo.

#Jets have signed wide receiver Quincy Adeboyejo and waived wideout J.J. Jones. Adeboyejo was with the Ravens the past two seasons.

The Ole’ Miss product can’t be viewed as much more than a body at this point given the fact that he’s only ever appeared in one NFL game.  However, the fact that he would be a big target who often played in the slot in college and has familiarity with Douglas makes him an intriguing player to keep an eye on.

When coming out of Ole Miss, NFL.com referred to Adeboyejo as a potential “field stretcher” or “vertical slot receiver”. Here’s the full NFL.com scouting report:

Adeboyejo (add-ah-BOY-joe) was one of the top 50 recruits from Texas coming to Oxford for 2013. He got on the field pretty quickly as a freshman, playing in every game and starting twice (7-81, one touchdown on the year). His role grew as a sophomore, catching 26 passes for 313 yards and two scores in 13 games (five starts). Adeboyejo accumulated comparable numbers in his junior (38-604, seven TD) and senior (35-456, one TD) years, starting 20 games between the two seasons but never really being the primary target.

Height and speed are appealing. Operated outside and from the slot at Ole Miss. Has access to another gear. On go routes, uses basic head nods and jab steps to create hesitation in defensive backs before racing past them. Has been able to get over the top of most defenders he’s faced. Coaches compliment his on-field intelligence. Three-time honor roll student off the field. Combination of quick feet and long strides provide opportunities for big catch-and-run plays on the next level.

Hands are inconsistent. Will try to cradle contested jump balls rather than snatching. Play strength is below par. Doesn’t take much of a jam to redirect him in his routes. Has to learn to stack defensive backs and maintain position once he’s on top of them vertically. Routes were mostly basic and lacking in technique. Ball tracking a work in progress. Lacks suddenness to operate as typical NFL slot receiver. Will need time to develop skill-set on next level.

With a frame that should be able to add more muscle, Adeboyejo could be considered a Day 3 height-weight-speed flyer based on his ability to attack down the field. He is raw and is currently lacking the skill level needed to compete for NFL playing time, but has intriguing potential as a field stretcher or big vertical slot receiver.