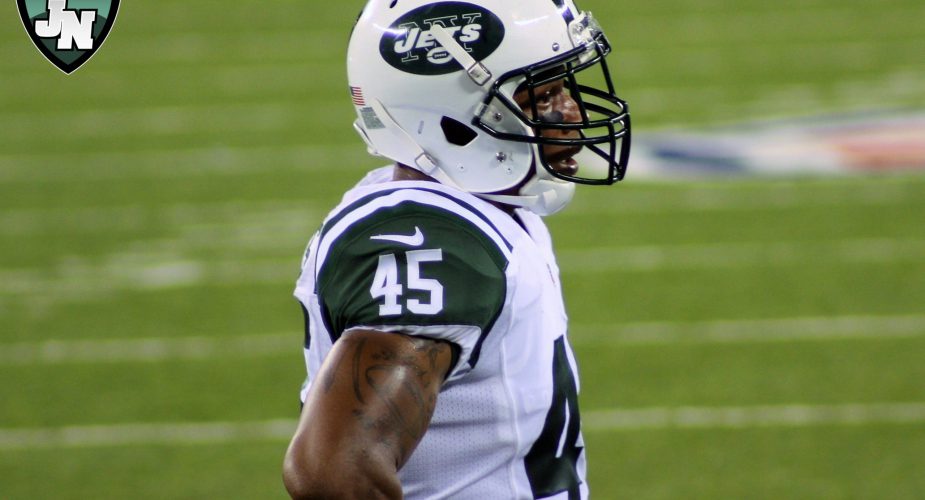 In the only preseason contest that will see their starters go more than a few series (sans Le’Veon Bell), the New York Jets will take on the New Orleans Saints at MetLife Stadium with kickoff set for 7:30.  Aside from the usual “pray for no injuries”, here’s what Jets fans should be looking for.

QB Sam Darnold: Darnold is the obvious answer every week, but this will be his first opportunity to establish a rhythm while knowing he won’t be done for the night after a series or two.  We saw lots of up-tempo stuff from Darnold and the Jets last week.  Look to see how well Darnold operates at a quick pace with what should be plenty of pocket movement.

C Ryan Kalil: Kalil may not get as much action as the other starters as he looks to get his feet wet in live action, but seeing him at the pivot will be nice for Jets fans who have witnessed some awful play at center over the past two seasons.

ILB Neville Hewitt: With a torn ACL putting Avery Williamson on the shelf, Hewitt figures to be the team’s starter in the early going.  Hewitt is a good coverage backer who filled in admirably for Darron Lee last season as the converted college safety offers steady yet unspectacular play.  The job may be his to lose if Blake Cashman steps it up a notch, but in facing the Saints, expect to get a look at the starting defense with Hewitt in place.

CB Darryl Roberts: Roberts is one of the biggest questions on the roster and will look to prove that last year’s stretch of quality corner play before being moved to safety wasn’t a fluke.  If the Saints look to take some shots down the field, Roberts will be challenged.

S Rontez Miles: Miles has received a surprisingly high number of reps at safety as Gregg Williams is a big fan of using 3 safety sets.  Miles and Marcus Maye on the back end gives Jamal Adams more freedom which is a good thing.  However, Miles’ suspect coverage ability brings in to question the logic of using one of the team’s less athletic DB’s in a role that could be a catastrophe if exposed.  Tonight is a chance for Miles to prove to the doubters that he’s not just a “box” safety.  Is he?

4-3 vs 3-4: Nobody knows exactly how much Avery Williamson’s injury will shift Gregg Williams’ game plans over the course of the season.  What we do know is that with Henry Anderson, Quinnen Williams, Steve McLendon and Leonard Williams, a 4-3 set would be more talented than the Jets’ 3-4.  Seeing how one formation performs versus the other could give us an idea as to how things may unfold.

Trenton Cannon will look to do more with the ball in his hands than he has thus far.

RB Trenton Cannon: Cannon often looks like the fastest guy on the field but tends to run with some hesitancy as a return man and running back.  He’s garnered enough praise of late from Adam Gase to suggest he has a good shot to stick.  With Le’Veon Bell watching from the sidelines, Cannon will look to solidify a roster spot over Eli McGuire.

CB Alex Brown: The undrafted rookie free agent corner played well enough last week to earn some reps with the starters during the week.  The Jets need help at corner and anyone who catches the eye of the coaching staff will have a chance to stick.

CB Marcus Cooper: See above.  The Jets are desperate for corner help and the newly added Cooper is the most experienced boundary corner behind Trumaine Johnson.  After just a couple of days with the team he was running with the 2’s and figures to get an extended look against the Saints.

OLB Frankie Luvu: The undrafted free agent who impressed in a situational role last season has looked like a much better player in year two.  Luvu is in a prime position to steal significant reps while Brandon Copeland serves a four-game suspension and Jachai Polite has been pedestrian thus far.

OLB Harvey Langi: Not even a household name among Jets fans, Langi impressed early on in camp and got some run with the starters in practice this week.  Now that he’s back and healthy, he enters the fray for a large chunk of playing time due to Copeland’s situation and may get significant reps against the Saints.

TE Ryan Griffin: With Chris Herndon suspended for the first four games of the season, somebody is going to have to get those reps and Griffin is the most accomplished receiving tight end on the roster behind Herndon.  The Jets should look to build some chemistry between Griffin and Darnold that could pay off in the early going.

A dozen players to keep an eye on is a lot, but with rosters and 90 and jobs up for grabs, there’s plenty to take in.