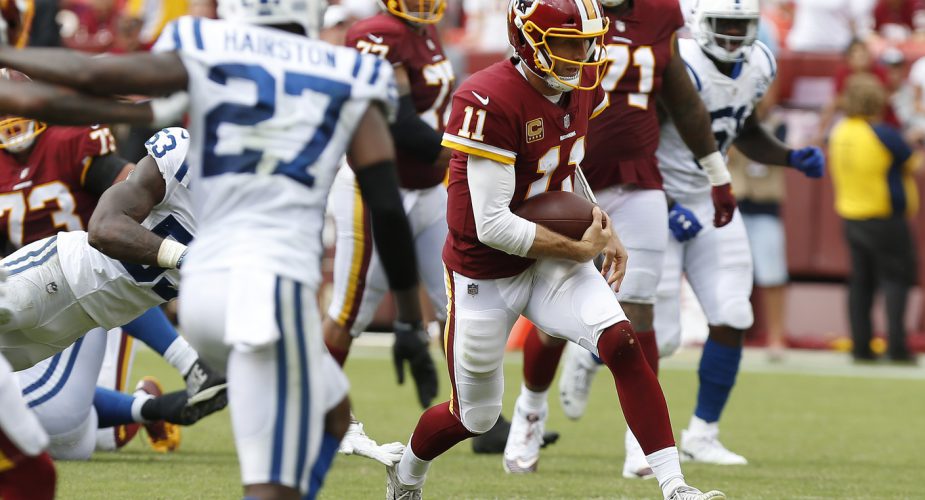 Joe Douglas didn’t wait for the waiver wire to improve the Jets cornerback situation. Adam Schefter is reporting that the Jets have agreed to trade their 2020 6th round pick to the Colts for cornerback Nate Hairston.

Trade: Jets dealing a 2020 6th-round pick to the Colts for CB Nate Hairston, per source. Hairston started 11 games the past two years. Still has two years left on his contract.

Hairston is 6’0 and weighs 185lbs. He played at Temple before being drafted by the Colts in the 5th round of the 2017 NFL Draft.  Some interesting tidbits in his bio from NFL.com.

Hairston didn’t have much luck finding playing time at receiver his first three years with the Owls, but a change to cornerback his junior year may help him earn a spot in the NFL. He played in eight games as a redshirt freshman, missing four with an ankle injury, catching seven passes for 62 yards. His production was only slightly better in 2014 (13-88 in seven games) before the team switched him to defense. In 2015, he played in all 13 games at cornerback, starting two (11 tackles, one pass breakup). Hairston took the reins of the position as a senior, intercepting two passes and breaking up three others while making 27 tackles, three for loss.

Has good size and well-built lower body. Built like a more physical player and lives up to it. Competes hard when the ball heads his way.

Only one season as a full-time starter. Targeted just 36 times in college with only six passes defensed. Man cover skills are work in progress.

Raw but very moldable prospect. Hairston shows good awareness from zone and his physical style and willingness to come tackle make him an immediate fit for primarily zone cover teams. However he may have the tools to eventually become a solid bump-and-run cornerback as he becomes more experienced at the position. Hairston is a projection-based talent who should become a much better player in two years than he is today.

The Jets will still have a 6th round draft pick next year, Brian Costello explains it in this tweet.

The Jets have two sixth-round picks in 2020 – their own and Kansas City’s from the Darron Lee trade. The Colts will get whichever one is the worse pick. #nyj

Glenn Naughton with some additional thoughts and you can read more about Nate Hairston in our forums.

Several tweets saying Hairston is a slot corner. 6' 0'' with a 4.52 doesn't sound like a slot corner so I took a peek. Per PFF, Hairston played 36 reps in the slot last season and 338 on the boundary.