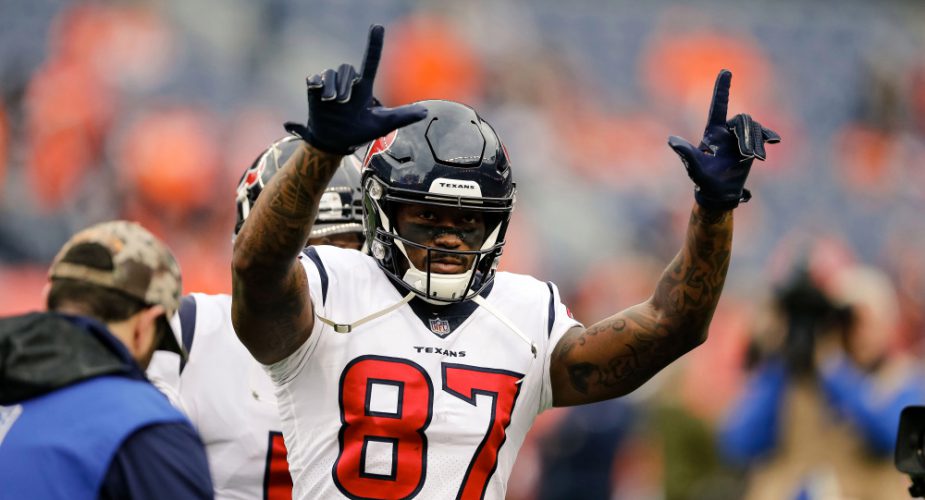 As currently constructed, the Jets 53-man roster is clearly going to undergo some changes in the coming days (or hours) as there are some manning deficiencies in a few different spots.  The most glaring examples are at wide receiver and cornerback, where the Jets have just five players each.  The team is also unlikely to stick with the nine defensive linemen currently listed on their official roster.

So where should they be looking in order to bolster some of their current weaknesses?  It’s no big secret that some of the team’s biggest needs are at cornerback, edge rusher, offensive line and wide receiver, so that’s where we expect them to focus.

CB Orlando Scandrick: Scandrick is a bit long in the tooth but showed he had some gas left in the tank when he started seven games for the Kansas City Chiefs in 2018 and played respectable football, coming away with 13 passes defended in 7 starts.  A deep cornerback depth chart in Philadelphia made him the odd man out and he was cut loose as the Eagles got down to 53.

WR Josh Doctson: A first round pick of the Washington Redskins just a few seasons ago, Doctson has posted over 500 yards in each of the past two seasons and could just need a change of scenery to get closer to being the player many expected him to be when he came out of TCU as one of the top receivers in the country.

RT Ryan Schraeder: This would be an unlikley move as the Jets seem to like the potential of Chuma Edoga, but Schraeder is a player who has been far better than anyone else on the roster at right tackle over the course of his career and could be a great addition.

WR Jordan Matthews: Looking for an experienced receiver with good height (6′ 3”) who can be a threat in the red zone?  Matthews could be your guy.  After an impressive first few pro seasons (2,500 yds, 19 TD’s), Matthews has bounced around between a few teams but could offer value as a fourth or fifth option.

OLB Nick Perry: We’ve mentioned Perry as a possibility a couple of times this offseason and still view him as a potential presence off the edge as a situational pass rusher.  Perry has had some injuries of late, but did post 23 sacks in 18 starts between 2016-2017.

WR Demaryius Thomas: Thomas isn’t close to being the player he once was, but like Matthews, could be a valuable piece as a reliable veteran receiver.  Thomas posted 677 yards and 5 TD’s last year with two teams.

CB EJ Gaines: Gaines was cut loose by the Browns after reaching an injury settlement and is free to sign wherever he likes.  Even dinged up, Gaines could offer an upgrade in the secondary once he’s a full go.

LB Brandon Marshall: Marshall’s release came as somewhat of a surprise but could be a boon for the Jets.  With Avery Williamson unable line up next to CJ Mosely due to an ACL injury, Marshall would soften that blow to the Jets defense immediately.

S/LB Su’A Cravens: Cravens is an interesting player who was a second-round pick just a few years ago and took a year away from the game after an impressive rookie season.  He’s a hybrid defender who can line up and safety or linebacker and we know how much Gregg Williams likes players who can play multiple positions.

Less than a week before week 1 kicks off, but expect to see some new names popping up on the Jets roster in the not too distant future.

By Glenn Naughton
Posted on September 2, 2019