Trevor Siemian Out For the Year; Jets to Add Another QB 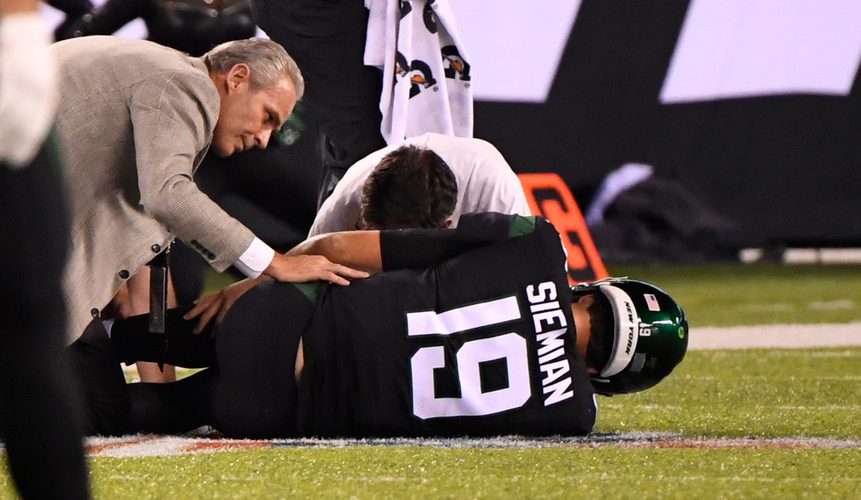 The injuries keep piling up for the NY Jets as the news today on backup QB Trevor Siemian wasn’t good. Adam Gase told the media it isn’t a broken bone but ligament damage. He will require surgery and will be out the rest of the year.

Sam Darnold was back in the building today but he is still weeks away from a possible return. That means that Luke Falk is the Jets new starting QB and they will be making a move this week to bring in his backup.

Sam Darnold was at the Jets facility today. A good sign. Still will be a while until he can play, but a step in the right direction. #nyj

A few possible names being mentioned by the media as a replacement for Siemian are Brock Osweiler, Brandon Silvers and David Fales.

Adam Gase says he's talked to Joe Douglas about which QB he will sign. It stands to reason that he'll bring in a QB familiar with his scheme like Brock Osweiler or David Fales.

The Jets would have brought in Osweiler or Fales if Siemian weren't signed in free agency.

Brandon Silvers could be a good option for the Jets as a backup QB. Was with them in the spring for a bit after a strong showing in the Alliance. Was released when they added Luke Falk. #NYJets