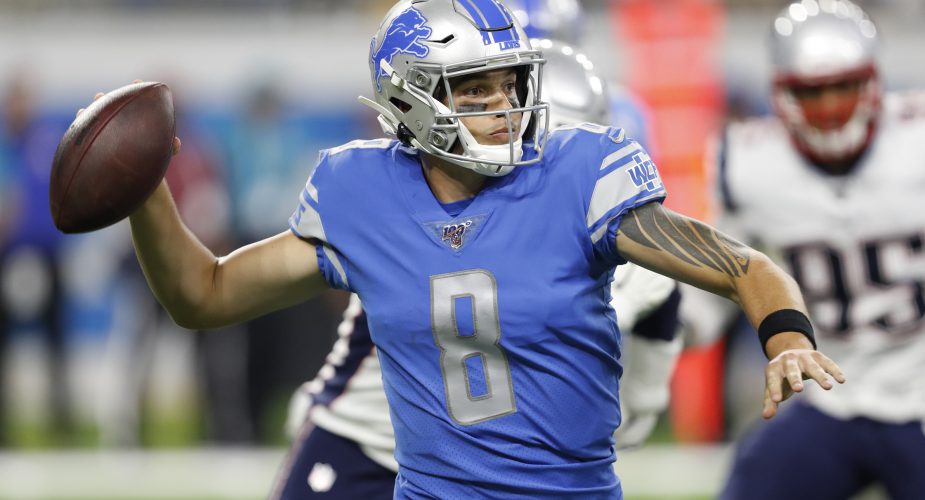 The NY Jets announced today that they have signed a new backup QB. David Fales will backup Luke Falk this week and Trevor Siemian has been placed on IR.

Fales, who played under head coach Adam Gase both in 2015 with the Bears and 2017-18 with the Dolphins, spent the summer with the Lions and was waived on Aug. 27. Originally a Bears sixth-round pick in 2014, the San Jose State product has played in three regular-season games, completing 64.6% of his passes for 287 yards, one touchdown and one interception.

The 6’2”, 213-pounder, fifth-year pro, will back up Luke Falk until Sam Darnold returns from mono.

On the injury front, Sam Darnold is trending in the right direction. He is back with the team and Gase says he could play week 5 vs the Eagles (after the bye).

Adam Gase said Sam Darnold will be watching practice. He's unsure if he will be able to travel to the game #nyj

Quinnen Williams should be back on the practice field tomorrow. It seems like the team is being cautious with CJ Mosley which is the right approach.

They need him back, but they shouldn't rush Mosley. If he needs time let him sit out this week and then come back after the bye 100%. Falk against the Pats is going to be tough. Let them regroup and take a fresh start week 5 vs the Eagles. pic.twitter.com/mN1giKAD9p

Injury updates
– Sam Darnold is out, obvs.
– Demaryius Thomas is out today.
– Jordan Jenkins is out today.
– CJ Mosley is still out with the groin. #Jets trying to get him back to running
– Quinnen Williams is out today, but looks like he’ll practice tomorrow