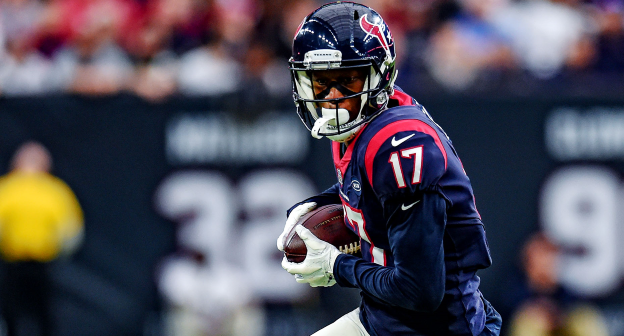 Looking to add a bit of depth to their wide receiver room, the Jets have poached speedy receiver Vyncint Smith from the Houston Texans to place him on their 53-man roster.

We have signed WR Vyncint Smith to the active roster and have released QB David Fales.

The inexperienced 6′ 3” Smith has reportedly blazed 40 times in the 4.3’s but was viewed as a long-term project having come out of little known Limestone College in South Carolina.

In 7 career contests (1 start), Smith has 5 receptions for 91 yards, to include a 35-yard touchdown catch for his only score as a pro.

Smith will look to get some reps on the outside where the Jets are lacking with Quincy Enunwa out for the season and Demaryius Thomas nursing a balky hamstring.