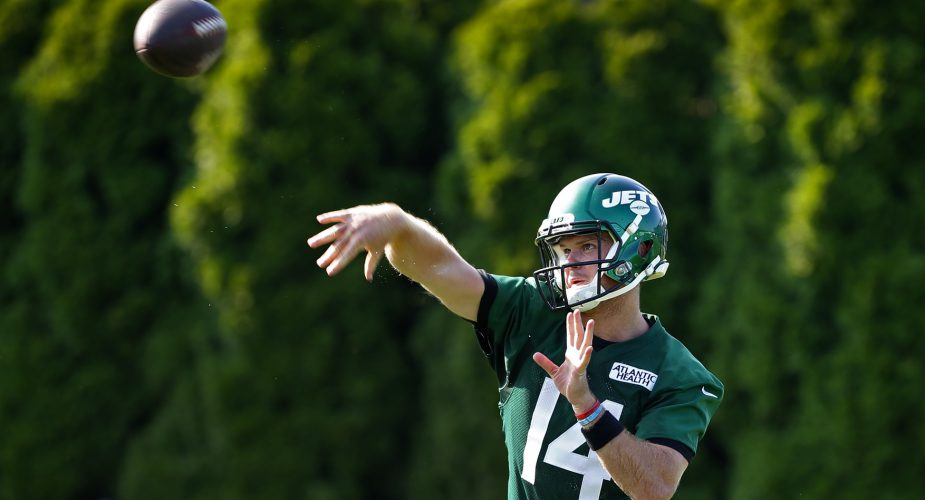 Now that Sam Darnold’s return to action is officially slated for this Sunday versus the Dallas Cowboys, it’s time to take a look at the overall impact he stands to have on Gang Green moving forward.

First and foremost, if Darnold plays anywhere near as well as he did toward the end of last season, he’ll have an immediate impact on the offensive line and running game.

The Jets O-line is bad, but they’ve been made to look a whole lot worse while facing defenses who have zero reason to respect the quarterback.  Poor play from Luke Falk has allowed opposing defenses to stack the box with 8 or 9 defenders, overwhelming the Jets blockers at times.  Certainly they’ve lost their fair share of one-on-one battles, but they’ve also faced plenty of fronts in which the number of oncoming attackers outnumbered the Jets blockers.  All it will take is for Darnold to connect on a few attempts down the field to get defenses to back off and make life easier on the offensive line.

This, of course would mean more room to work with for Le’Veon Bell, who has been consistently hit in the backfield through the season’s first four games.  Getting Bell going is critical in allowing the offense to start sustaining drives and scoring points.

Last, and certainly not least, is how much better Darnold can make head coach Adam Gase look.  While the Jets inept offense has led countless fans to rip the organization for hiring him in the first place, Jets beat writer Rich Cimini shared this little nugget on the Jets receivers that should reflect well on Gase.  According to Cimini, Jets receivers stand atop of the NFL (yes, number 1 of 32) in their rate of “open targets” at 55.9%.

The Jets lead the league with the highest rate of “open” targets — 55.9 percent. (An open target is a pass target when the separation between the receiver and nearest defender is three-plus yards at pass arrival.) Despite this, the Jets are averaging a league-low 131 passing yards per game. It isn’t difficult to figure out what’s happening there.

This is according to NFL Next Gen stats ,which tracks the movement of every player on the field, classifying an open receiver as any player with three or more yards between himself and the nearest defender.  With Luke Falk misfiring all over the field, an open receiver didn’t amount to much.  If Gase can continue to scheme receivers open at that rate and Darnold is on target, all of a sudden Darnold’s presence can help get this thing turned around in a hurry.  If not, Gase may be looking for work sooner than anyone could have anticipated.