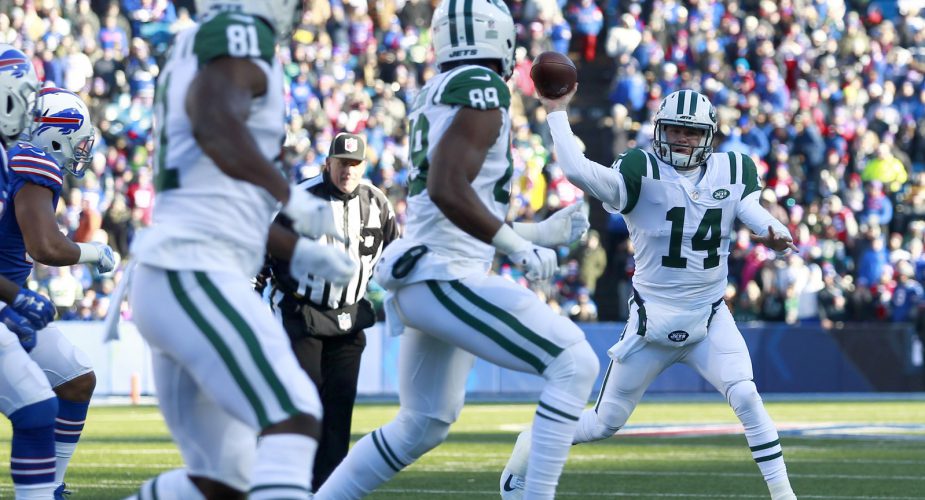 The NY Jets announced that Chris Herndon has been activated and Frankie Luvu was waived to make room on the roster. Herndon injured his hamstring which is why he didn’t return when he was eligible against the Cowboys. Gase mentioned that he hopes to have Herndon back on the practice field this week. Brian Costello sheds some light on why the move was made today.

Jets have activated TE Chris Herndon and waived OLB Frankie Luvu. Herndon’s roster exemption was up today. This does not necessarily mean he is healthy. #nyj

Herndon was a staple of the Jets offense last season, finishing second on the team with 39 receptions, 502 yards and four receiving touchdowns. The former fourth-round pick led 2018 rookie tight ends in catches and ranked second in yards, earning a spot on PFWA’s All-Rookie first team. The 6’4”, 253-pound Miami product hurt his hamstring the Friday leading into Week 5 and is hoping to practice at some point this week.

Luvu has played in 18 games for the Green & White over the last two seasons, totaling 26 tackles and three sacks. The second-year Washington State product first signed with the team last May as an undrafted free agent, was waived Sept. 1 and joined to the practice squad before rejoining the active roster Sept. 8.