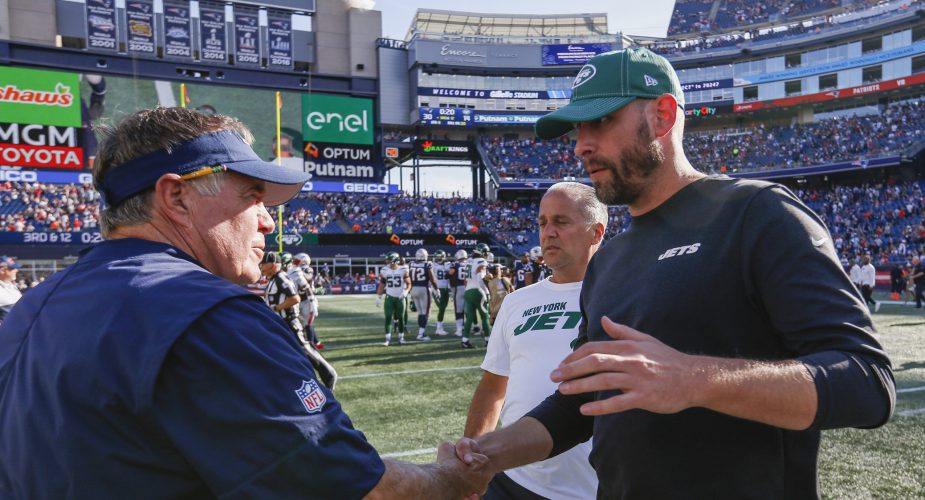 There are so many reasons for Jets fans to be frustrated right now. Coming off a solid victory over the Cowboys the Jets were big underdogs versus the Patriots. Everyone was rooting for a win and would have settled for a solid effort. Instead Sam Darnold, the offensive line, no pass rush, the secondary, Gregg Williams and a terrible night for Adam Gase are many of the reasons for the frustration.

Coach Gase summed it up this way when he spoke to the media on Monday.

We have to learn from this game, it’s a game where it’s very painful and frustrating to go through. You have to take as much as you can as far as learning from mistakes made, learn from the experience and put yourself in a position to where that doesn’t happen again. There’s a lot of things as an entire team that we need to do a lot better. We didn’t play well in any phase and we have a lot to work on.

How much of the blame falls on Gase’s shoulders?

Obviously what we put on the field is on me and it wasn’t good enough. I’m always going to be, every week, doing the same thing, going back through seeing mistakes that were made, calls I don’t like, protection schemes, route combinations, all those types of things, run-game schemes. It’s always going to be ever changing, as far as what we need to do better and what we need to emphasize. Obviously, I haven’t found the formula yet to make us anything close to consistent.

Sam Darnold is a young QB and he certainily isn’t the first young QB to be schooled by Bill Belichick. The key for this year is Darnold’s growth and working through setbacks. Gase seems confident that Darnold will be fine moving forward.

I have a lot of confidence in Sam bouncing back from this, it is tough when you go through this originally, then when you go back, watch the tape, you figure out your mistakes, you move on to the next game, you put a good game on tape, that’s really what we have to do.

The schedule gets easier for the Jets moving forward. Can they string together some wins? Gase talks about the team’s struggles this season.

I really think the first year of the program, we’ve had some tough games, we’ve had some shifting lineups, we just haven’t had any chance to have any consistency as far as who’s out there, who’s doing things together. It just feels like we have been a little bit all over the place. We put together a better game against Dallas, things felt like they were coming together decently considering Sam only practiced a few days the Philly week and then was able to go through a full week offensively but we haven’t even really come close outside the Dallas game of putting together a complimentary football game. We have to find consistency, we have to find consistency whether there are two different guys out on the field in one of the phases or five or none. We just have to find some kind of consistency as an entire team of guys going in there, doing their job, executing what we practice all week.