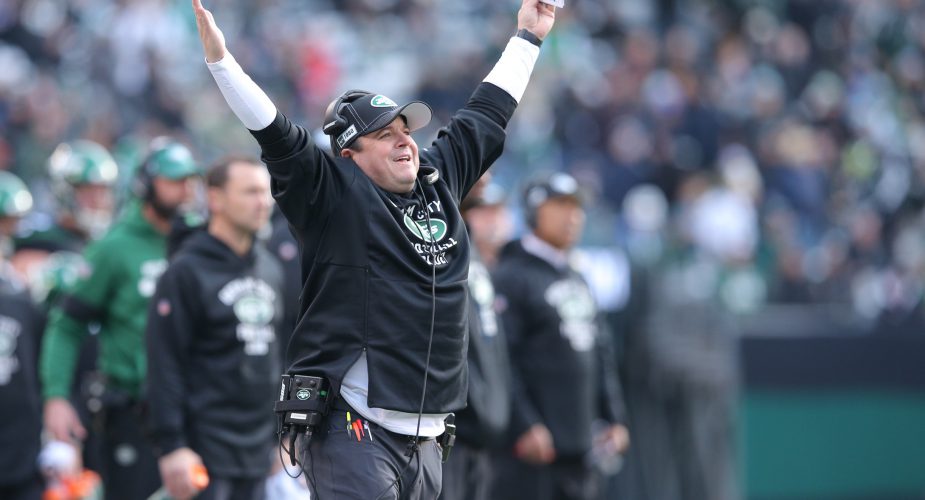 (On the play with 0:47 remaining in the fourth quarter where, after replay review, defensive pass interference was added to the play):

Question: I believe it was you who made the ultimate call. Is that correct?

Riveron: “That is correct. By rule, we make the ultimate call here in New York.”

Riveron: “Sure. So, by rule, under two minutes all reviews are done in the booth and/or here in New York. We see in the line feed (the initial view of the play) some contact. We look at it. It rises to the level – in the line feed – where we have to stop the game and look at it. After we look at it, we get a couple of replays which show us that it’s clear and obvious that the defender grabs the receiver by his shoulder, turns him prior to the ball getting there, and significantly hinders him before the ball arrives. Therefore, by rule, that’s defensive pass interference. We bring the referee over. We look at it. We confer. We all agree. Therefore, we changed the ruling on the field and we put a flag down for defensive pass interference.”

Question: So, as you said – clear and obvious – this was not a difficult call in your view, it sounds like?

Riveron: “It was clear and obvious that the receiver did get significantly hindered prior to the ball getting there.”

Question: It appears we’re seeing more defensive pass interference calls overturned than earlier in the year. Is that correct, do you think?

Riveron: “Well, I don’t look at it by numbers and we don’t look at it by numbers here. We treat each one individually. That’s how we officiate the play on the field or review the play, for lack of a better term. If the numbers show one thing, we really don’t concern ourselves where we are that week, that month or that game. Again, we basically look at each ruling, at each call, at each play on an individual basis and then we apply the rule.”

Question: So, you don’t feel that it’s being applied either in a stricter fashion or anything like that since the beginning of the year. Is that correct?

Riveron: “It is not being applied any differently than it was at the beginning of the year.”