Jeff Smith Promoted to the Active Roster; Brown to IR 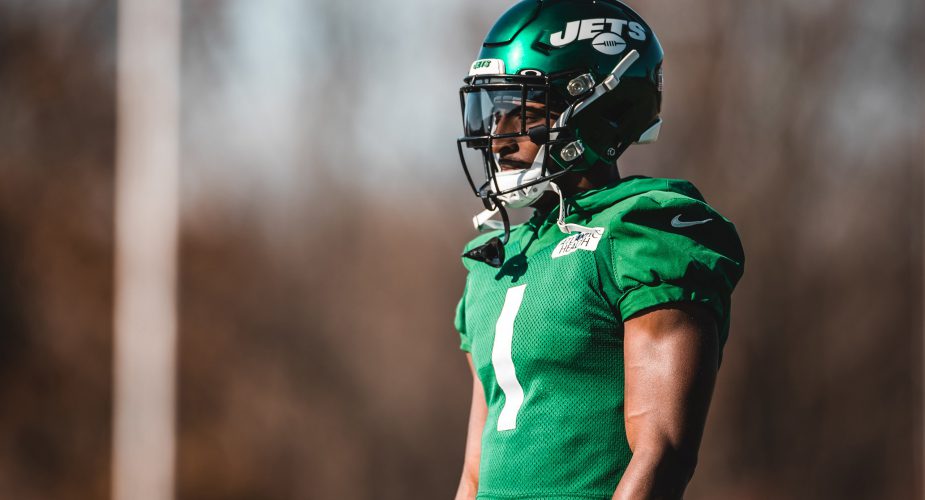 The NY Jets have announced that they have signed WR Jeff Smith to the active roster and placed CB Kyron Brown on IR.  They also signed OL Brad Lundblade to the practice squad.

The Jets have signed WR Jeff Smith to the active roster and placed CB Kyron Brown on injured reserve. The Jets have also signed OL Brad Lundblade to the practice squad.

Smith signed with the Jets practice squad Sept. 1. He spent the summer with the team after he signed as an undrafted free agent in May. A former quarterback, the 6’1”, 195-pounder transitioned to wideout at Boston College after his freshman year and recorded 72 catches for 1,078 yards and 9 touchdowns over the next three seasons. He also had 902 rushing yards and 9 ground scores for the Golden Eagles.

Brown also signed with the Jets practice squad Sept. 1. He was activated Nov. 13 and played in three games for the Green & White. The Akron product, who joined the Jets in May as an undrafted free agent, started against the Dolphins Sunday and recorded five tackles.