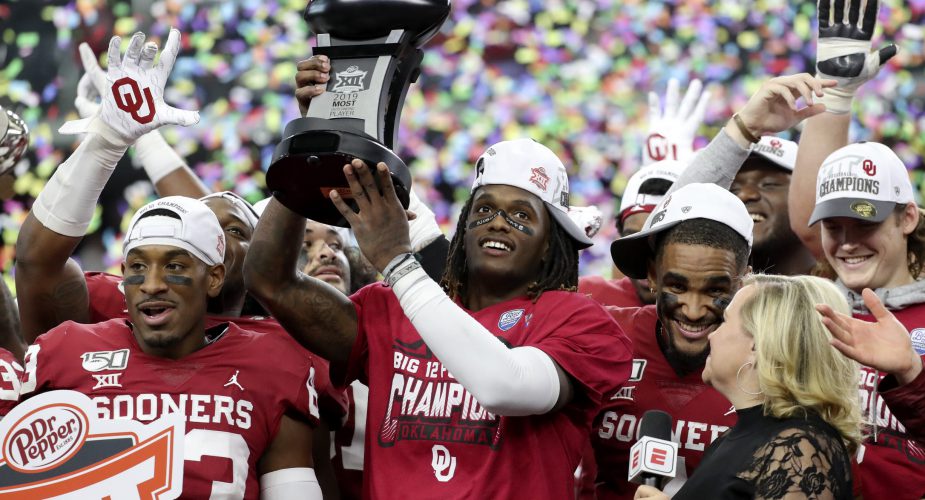 The NFL playoffs are under way and as one would expect, fans of those teams who didn’t make the cut are scouring through mock drafts to see what those “in the know” are predicting for the Jets.  It does appear that most projections have the Jets using their first round choice on a player that will directly impact Sam Darnold.  Whether it’s a mammoth left tackle or a higly regarded wide receiver, fixing the NFL’s worst offense and continuing to develop their young QB is the theme.  Who has the Jets doing what with the 11th overall pick?

WR CeeDee Lamb: In his first seven-round mock of the offseason, Dyer has the Jets going with an elite wide receiver.  Lamb is viewed as one of the top receivers in one of the deepest classes in years.  In his final season at Oklahoma, The 6′ 2” lamb hauled in 62 catches for 1,327 yards and 14 touchdowns.

OT Jedrick Wills: Matt Miller has the Jets taking another Alabama product in round 1 with his top graded left tackle in Jedrick Wills.  This is a move that would be lauded by Jets fans as the cries for a re-built offensive line will not have fallen on deaf ears.  A monster left tackle, some prognosticators have Wills gone by the 11th pick.  We shall see.

WR Jerry Jeudy:  There are plenty of fans who don’t see Jeudy being available at 11, but stranger things have happened.  With Chase Young, Jeff Okudah and Tua Tagovailoa entering the draft, it could push a player like Jeudy down a few spots, giving the Jets a shot at the dynamic pass catcher.  Many felt Jeudy was college football’s best player coming in to this season.

OT Mekhi Becton: Becton is an absolute monsther at offensive tackle, checking in at 6′ 7” 350 lbs, but he has the footwork of a much smaller man.  This is the highest we’ve seen Becton projected as many have him going in round 2, but the Jets may pull the trigger at 11 if the drafts other top tackles are off the board.

Without a doubt there will be tons of mock drafts over the coming days, weeks and months, with each of them tilted toward the offensive side of the ball.