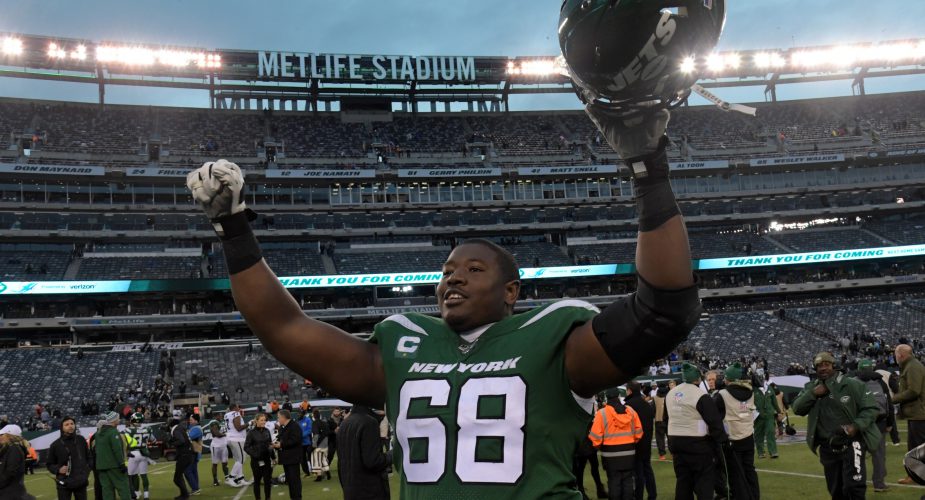 With all of the talk surrounding Jets wide receiver Robby Anderson and whether or not the Jets should be working to retain the speedy receiver, another player who isn’t garnering nearly enough attention is left tackle Kelvin Beachum, whom the Jets should also look to bring back if they’re serious about doing all they can to protect and build around Sam Darnold and avoid a potential disaster.

Beachum isn’t the elite franchise left tackle that Jets fans would prefer to protect Darnold’s blind side, but he’s a steady veteran who offers a safety net if the draft’s top three tackles are gone within the first 10 picks, leaving the Jets shut out in round one and forced to overdraft another tackle or wait until round 2 or 3 to find a player who is likely to be more of a project.

When Beachum went down with multiple ankle injuries last season, the Jets offensive line completely collapsed as their quarterbacks were sitting ducks in the pocket.  After his return, the group as a whole was vastly improved, showing how important even a solid left tackle can be in today’s NFL.

Should the Jets retain Beachum and still have a top prospect fall to them at 11, they could then decide which player would be better suited to spend 2020 at right tackle with an eye on letting Beachum walk in a year or two.

The last thing Joe Douglas needs is another season of Sam Darnold facing heavy pressure from his blind side with an inexperienced or incapable player lining up at left tackle every week.