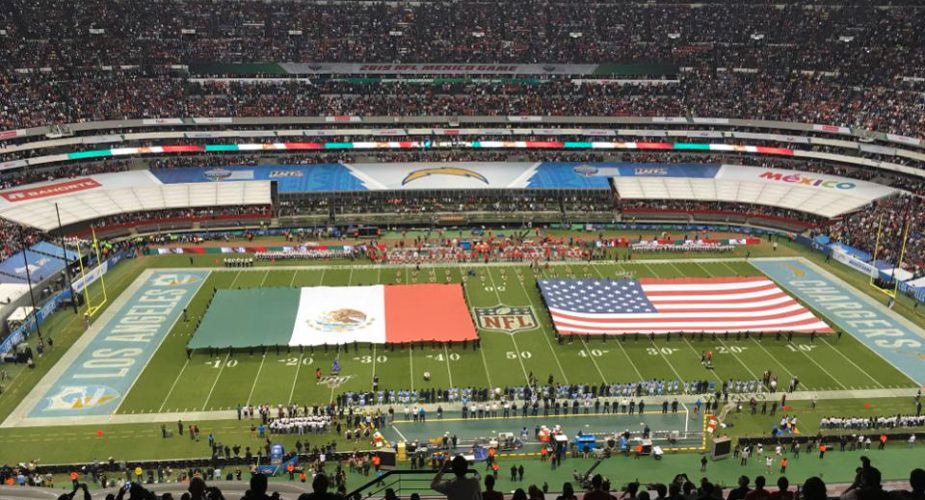 Building on the tremendous success of NFL games in Mexico, the league will return to Mexico for one game in each of the 2020 and 2021 seasons at Estadio Azteca in Mexico City, NFL Commissioner ROGER GOODELL announced today at his press conference in Miami in advance of Super Bowl LIV.

The date and time of the 2020 Mexico City game, along with the details of the NFL’s 2020 London games, will be determined in conjunction with the release of the NFL schedule this spring.  The continued success and growth of the NFL’s Mexico initiative is further testament to the league’s commitment to growing the game beyond the borders of the United States.

A look at the previous regular-season games played in Mexico:​

* first Monday Night Football game to be played outside the U.S.

** first regular season game to be played outside the U.S.