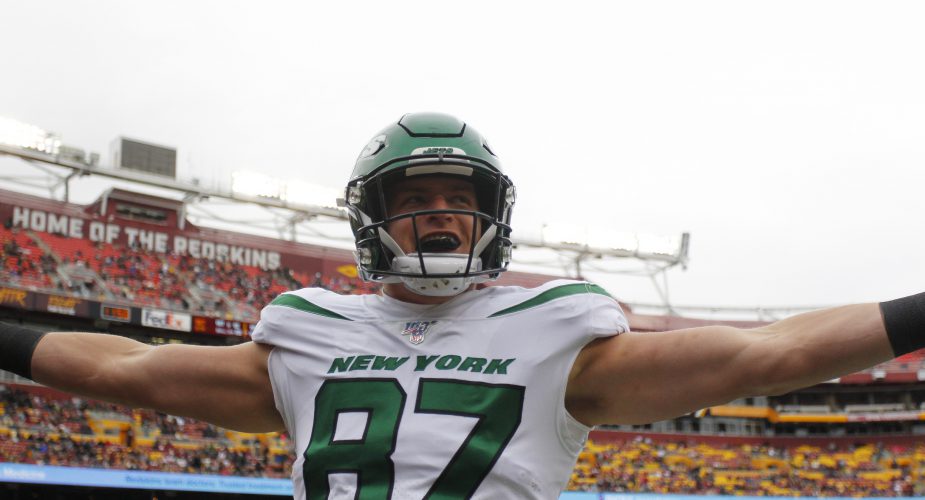 The Jets have announced that they have signed TE Daniel Brown to a one-year contract extension.

Brown played 16 games for the Jets last season and started in 5 contests. He totaled 7 receptions for 72 yards and 1 TD, the opening score in the Jets’ 34-17 Week 11 romp over the Redskins. He also finished third on the Jets with 11 special teams tackles.

Brown, a fifth-year player out of James Madison, has 389 yards and 2 touchdowns on 42 catches in his career.

Tight end is one position the Jets seem to have depth at with Chris Herndon slated to return. They also have Ryan Griffin who played well enough to get a contract extension before he was injured. 2019 draft pick Trevon Wesco will most likely battle Daniel Brown for a roster spot as the third tight end.

You can read more about Daniel Brown in our forums.