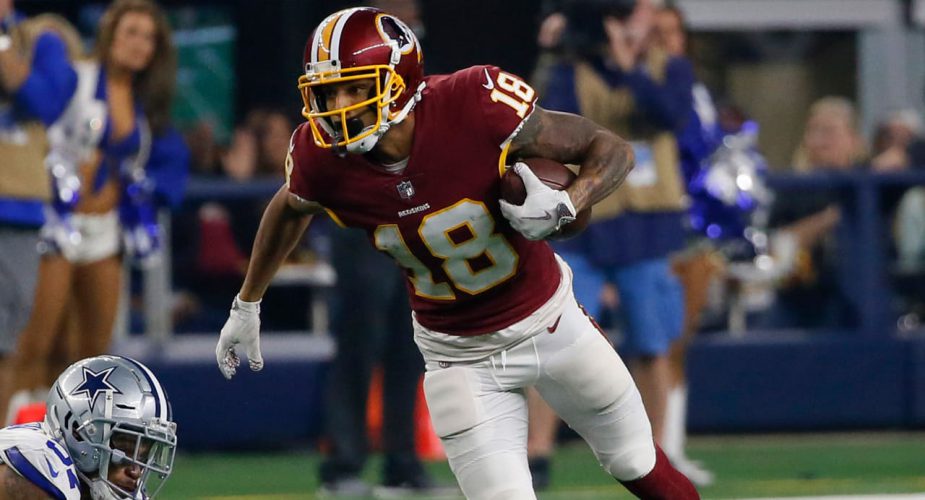 The signing of Josh Doctson won’t turn many heads any time soon among the Jets faithful, but the move is a good one by GM Joe Douglas as his team prepares to enter the offseason with just one other veteran receiver on the roster in Jamison Crowder.  With Robby Anderson likely to bolt as a free agent along with Demaryius Thomas, the Jets needed some veteran depth.

Doctson won’t even be a lock to make the roster, and counting on him to be any more than a fourth receiver might be a bit much, but as a complementary piece, his addition isn’t a bad move.

The former first-round pick out of TCU isn’t a burner, but he does a nice job pulling down contested passes and put up 1,032 yards over the course of the 2017/2018 seasons with the Washington Redskins.  His best year came in 2018 when he hauled in 44 balls for 532 yards and a pair of touchdowns.  His career high in touchdowns came the previous season when he had six scores.

Doctson signed on with the Minnesota Vikings after being let go by the ‘Skins but appeared in just one game before spending time on IR prior to being released in November.

Here we see Doctson work along the back of the end zone to find a soft spot to get open. Makes the TD grab and holds on with immediate hit. pic.twitter.com/FVhY8dHJXq

Given the amount of depth at the wide receiver position in the upcoming NFL draft, Doctson could find himself in a dog fight to stick with the Jets, but at just 28-years-old, the Jets may view Doctson as a reclamation project who they can work with, while also giving them a player who knows the ins and outs of being an NFL receiver.