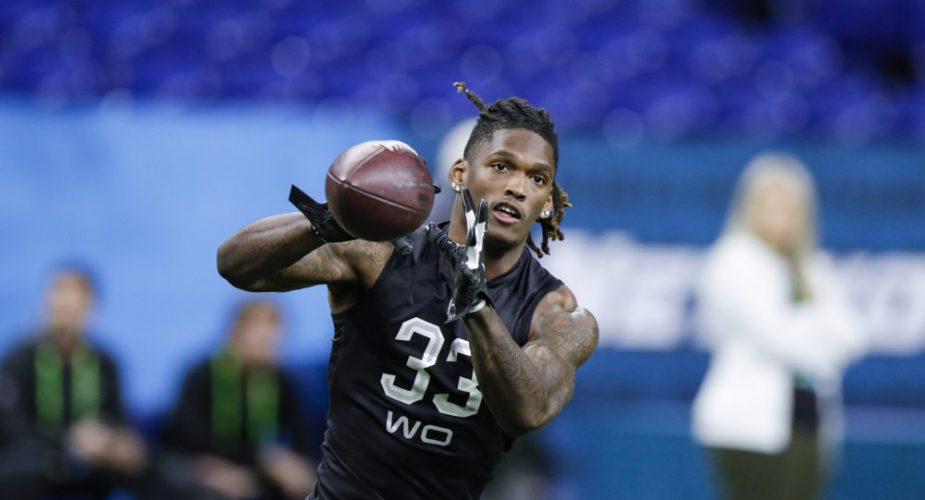 Bottom of screen: This catch didn’t count, but it cannot be overlooked. Pure athleticism on display. pic.twitter.com/hmYw5U8lsx

A 3-year starter and consensus All-American in 2019 for the Sooners, CeeDee Lamb scored 34 total touchdowns in 40 games. He broke the Oklahoma freshman receiving record with 807 yards in 14 games in 2017, and was 1st in the Big 12 in receiving TDs in 2019. At 6’2” 202lbs, CeeDee could immediately upgrade every offense in the NFL, using his size and physicality to his benefit. Scouts say his in line speed is his biggest weakness, but he is still able to create separation in his routes. Lamb brings energy in both the pass and run game, and any coach would want a hustle player like him on their team.

Bottom of screen: 30 yards downfield, engaged with his defender, springing Murray for the TD. You can’t coach his hustle. A+ play. pic.twitter.com/VuYej2FPNq

Lamb wasn’t quite the combine standout for being such a high level prospect, but his 4.50 forty time is better than most projected for him. He also made the catch of Thursday night with an insane contorting grab on the new goalline fade drill.

Think about what you do best in life.

Whatever it is, he can do it better…🤣pic.twitter.com/D1WZwFyMMX

At the top of a very deep wide receiver class in 2020, CeeDee won’t wait long to hear his name called on draft night. Depending on how the draft board falls for New York, Lamb could be in play at 11th overall if the top offensive tackles are gone. A new playmaker for Sam Darnold, and instant upgrade to group with Crowder and possibly Robby Anderson, should he be retained.