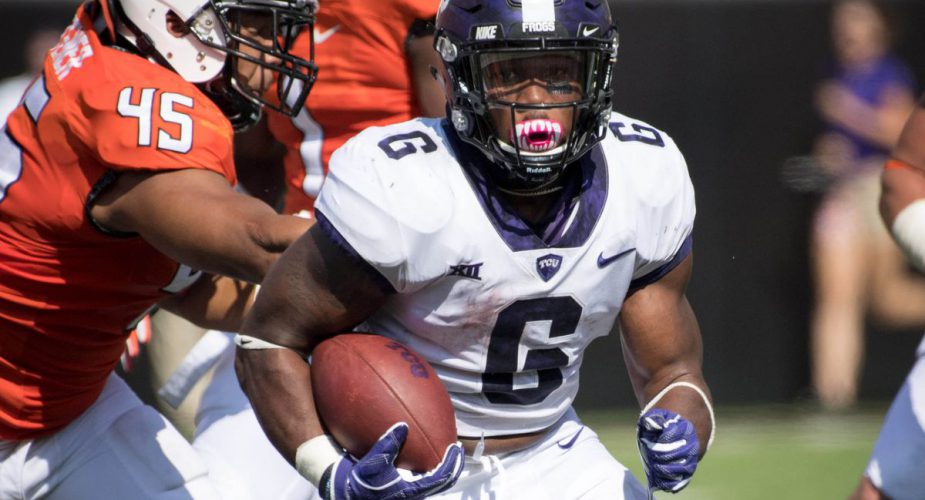 With some questions in the offensive backfield, Darius “Jet” Anderson is a prospect that the Jets should consider in the later rounds of the draft, possibly 6th or 7th round.  This Horned Frog from TCU showcased a mix of talents as a running back, kick returner and was often utilized on 3rd down as a Scat back.  Anderson was in a crowded backfield but still put up his best statistical season in 2019.  Two areas where we saw quality improvement was in receiving and kick returning where he averaged 22.1 yards per return.  He also finished his career rushing average with 5.6 yards per carry.

Darius Anderson (@TCUFootball) to the 🏠for the North!

Anderson is a classic example of a guy who plays faster than his 40 time indicates.  This is a dynamic runner who can absorb contact, maintain balance and accelerate past defenders. The only major concern with his play style is blocking.  Much will have to be improved in order for him to eventually become a starter.  His role as a rookie should be as a complimentary running back in a change of pace role with the majority of his contributions coming on Special teams.