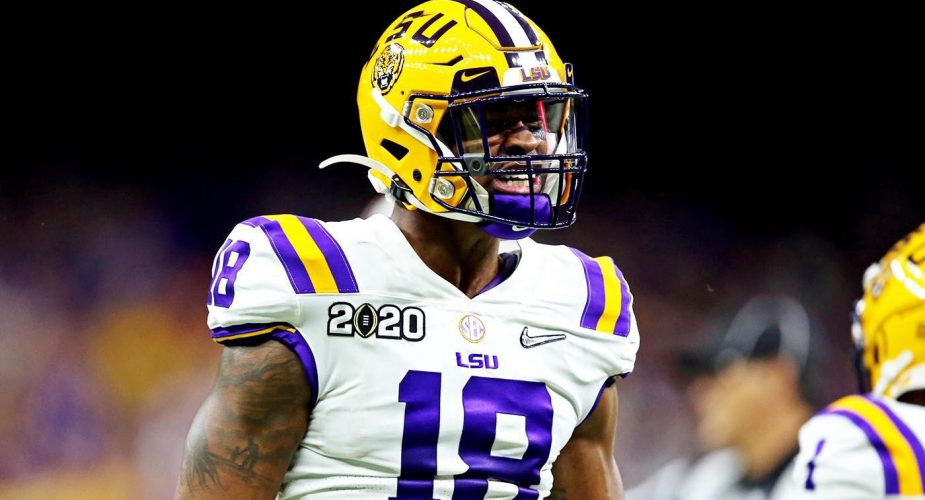 K’Lavon Chaisson is one of the main LSU players highlighted in the 2020 NFL Draft. He started 24 games for the Tigers, including 13 during their historic championship run in 2019. He missed all but one game in 2018 due to an ACL injury suffered in the first game against Miami. Chaisson wore number 18 during his redshirt sophomore season, given to players who “exemplify the LSU Tigers.” Most famously, Matt Mauck wore it in 2003 and led LSU to their first championship title since 1958. If not for Chase Young from Ohio State, some analysts believe Chaisson would be the top edge rusher in this draft class based on his traits alone. He has multiple pass rush moves, as well as the ability to drop into coverage and play against the run. His versatility, as well as explosiveness and bend on the edge are what make him a potential top 10 selection in April.

Although Chaisson did not participate at the combine, and his pro day was canceled, his film alone is enough for teams to know how good he can be. If Joe Douglas feels the draft board, specifically offensively, is not as strong as hoped at 11th overall, a trade down or selecting Chaisson could be a wise move for Gang Green. While many fans want to see an offensive player selected on night one, if the Jets are able to find a player who can rush the passer successfully at a high rate, Gregg Williams’ front seven would be in great shape.